Kolkata, Nov 14 (Cricketnmore):  India vice captain and premier batsman Ajinkya Rahane is not losing sleep over his recent failures to convert starts into big scores. The 29-year old, set to take the field against Sri Lanka in the first of the three Tests starting here at the Eden Gardens on Thursday, has scores of 5, 55, 70, 53, 61 in his last five international One-Day International (ODI) matches against Australia. 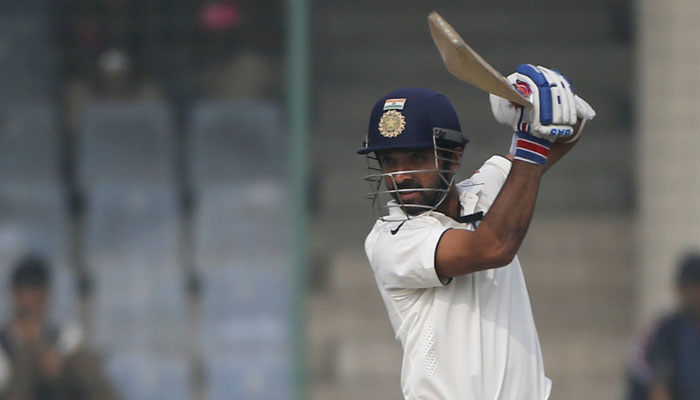 In the domestic circuit, the Mumbai batsman registered two ducks in the second and first innings against Odisha and Baroda respectively but also notched up 49 and 45 in the other two innings of the same matches.

Rahane did not play a single match against New Zealand.

In his last Test against the Sri Lankans in the latter's own lair, Rahane scored 17 in the first innings.

"I am not too concerned about that. I am batting really well. I got four fifties in a row in the one-day series," Rahane told reporters here.

"Yes I got out on 49 and 45 in Ranji Trophy but for me it was important to play as many balls as possible and get that practice for the Test series. See if you score 40-50 or if you score 100 plus run, I mean 40-50 also matters a lot for a team. In the last game for us in Mumbai, at one point it was really crucial," he added.

A lot is being said about India keeping a firm eye on the South Africa tour while preparing for Sri Lanka who are not likely to pose a great threat to the top ranked Test outfit.

India will play three Tests, six ODIs and three Twenty20 Internationals (T20Is) starting January 5 in South Africa. Rahane though said the team is not focussing entirely on the Proteas challenge just yet and if they want to remain the best side in the longest format of the game, they have to take every series seriously.

Asked about the team's workload being an issue with all-rounder Hardik Pandya rested for the Lanka series, Rahane said: "It is important to manage yourself as a professional athlete. Training is really important as well as recovery. So we focus on our training sessions, we focus on our recovery sessions, ice baths, pool sessions, massages..team management is taking care of all the aspect. It is to take care of yourself as in future we will be playing a lot of matches. Recovery will be very important for us."

India will play three Tests, three ODIS and three T20s against the islanders.