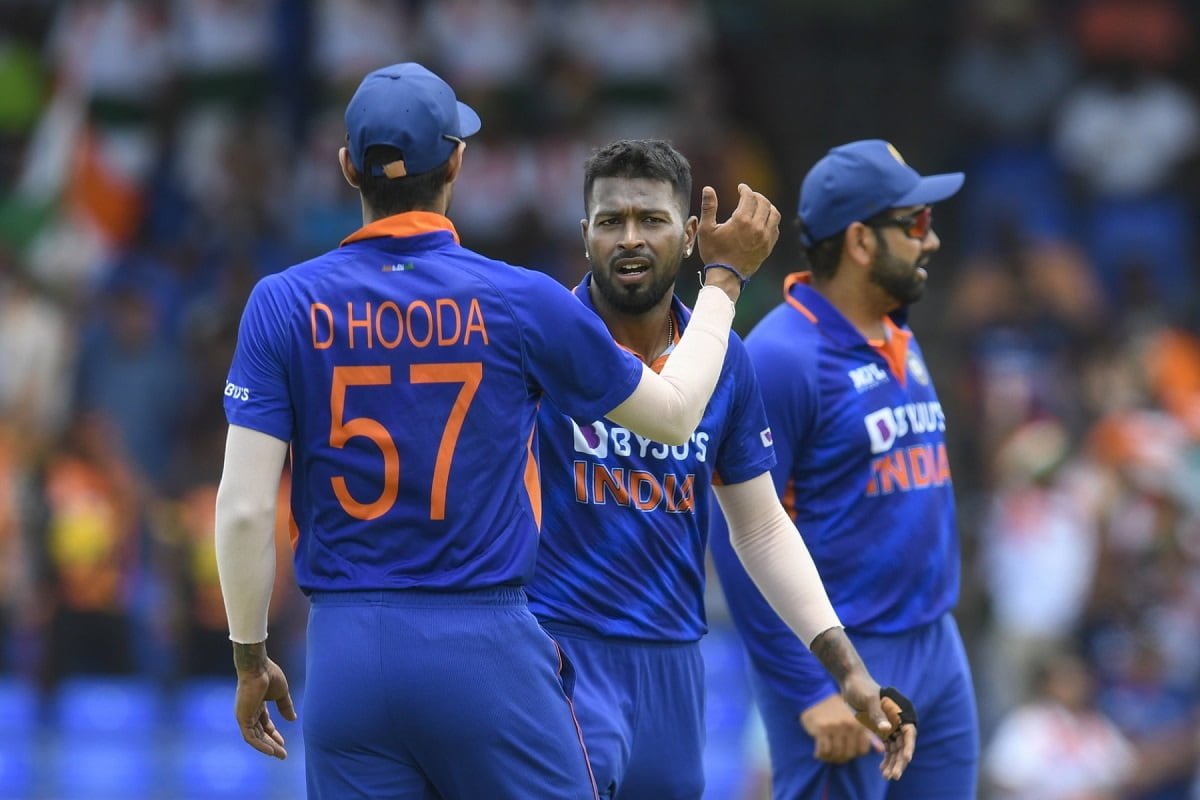 With India's T20I series against the West Indies set to end on Sunday, the senior men's selection committee is expected to announce the squad for the 2022 Asia Cup, a major event in terms of finalising the squad for the Men's T20 World Cup in Australia in October.

Though there are three-match home T20I series against Australia and South Africa respectively in September after the Asia Cup, it is likely that the squad, which plays in the all-Asian countries affair, will be the one which goes for the T20 World Cup.


WATCH: Eoin Morgan Marks His Return To Cricket With A Smashing Knock In The Hundred

Captain Rohit Sharma, Suryakumar Yadav, Rishabh Pant and Dinesh Karthik are sure-shot certainties in the batting department. With talk of Virat Kohli and KL Rahul coming back into the team for the Asia Cup, it should complete the batting line-up.

Hardik Pandya and Ravindra Jadeja are undoubtedly certainties as all-rounders, with the leg-spin of Yuzvendra Chahal and off-spin of Ravichandran Ashwin mixed with pace of Jasprit Bumrah and Bhuvneshwar Kumar. If Harshal Patel is fit after recovering from rib injury, then he becomes a certainty too.

With the above-mentioned 13 players as certainties, the focus shifts on who could be the players who complete the squad of fifteen. In terms of challengers or probable backup options in the batting department, Deepak Hooda and Ishan Kishan have the edge over Sanju Samson and Shreyas Iyer.

Hooda has made use of every T20I/ODI opportunity given to him this year, be it opening the batting at the eleventh hour or slamming a century as a number three batter. Of late, he has also given an exhibit of his ability to keep things tight with his part-time off-spin, if the all-rounder is summoned to deliver some economical overs.

Kishan, on the other hand, has had a mixed run as an opener in T20Is this year. But with him having the experience of opening the batting and keeping the wickets, he could be the back-up opener as well as the keeper in the squad. But his selection depends on whether the Indian team wants a back-up option each in pace and spin bowling.

In terms of fast-bowling options, young left-arm pacer Arshdeep Singh has made a big case for himself with impressive show in the opportunities he's got till now, ahead of another youngster in Avesh Khan. With his ability to nail yorkers in the death overs and showing smartness in altering lengths to get the better of batters, Arshdeep is surely in the running.

But with Deepak Chahar making a comeback to ODI squad for series against Zimbabwe, it means that the pace bowling back-up slot will come down to a toss-up between him and Arshdeep.

Before he got sidelined due to injuries, Chahar was India's go-to bowling option in powerplay. With Bhuvneshwar now doing well, Chahar may get a slight edge over Arshdeep due to his batting abilities, especially the will to hit sixes.

In spin, Axar Patel, Ravi Bishnoi and Kuldeep Yadav are the contenders. But with Axar being a like-for-like option for Jadeja and Kuldeep as well as Bishnoi being wrist spinners, the selections of any one from the trio will indicate what the Indian selectors are thinking in terms of back-up options.