Rajkot, Nov 6:  It is not often that an Indian cricketer is found taking inspiration from Bangladesh counterparts, but Saurashtra's U-23 women's team captain Riddhi Ruparel is an exception. The wicketkeeper-batsman is a keen follower of Bangladesh star stumper batsman Mushfiqur Rahim and models herself around him. 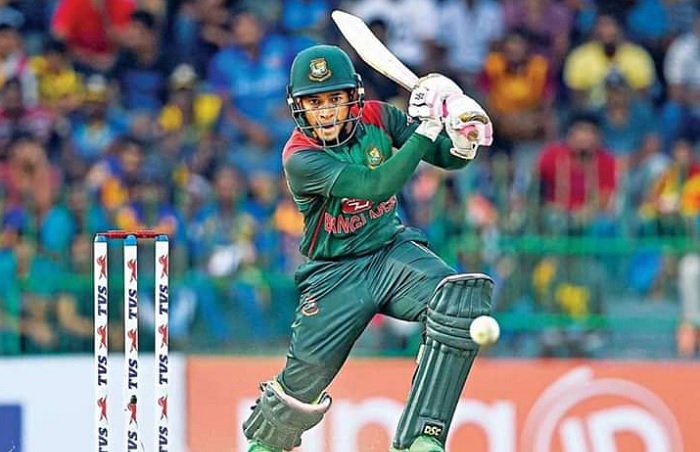 
Match Preview: India aim to bounce back in 2nd T20I amid cyclone threat

"I have been following him for two years. Last time I went to Bangladesh, I wanted to meet him and Shakib Al Hasan but they were in some of the tournaments so I wasn't able to meet them. I represented Kalabagan (Krira Chakra) in Bangladesh's league," Riddhi was quoted as saying by Bangladesh's leading daily The Daily Star.

"I idolise him because I am a wicketkeeper and a top-order batsman so the way he played in the last game made me feel like I could also play like that. Initially, he took time but suddenly he changed the game. Even after the catch was dropped, he was positive in his approach. He said 'I will make my team win'. I idolise him and also want to play like him," said the 23-year-old.

Asked how Mushfiqur had garnered her adoration, Riddhi said: "I think he is the smallest in international cricket and I am the smallest in domestic cricket. Height doesn't matter because even short players can make the team win."

Among Indian cricketers, she picked M.S. Dhoni but said her game is similar to Mushfiqur hence the liking.

"I idolise him and also Indian cricketers like (MS) Dhoni, but their game is totally different (to mine), so I idolise Mushfiqur because he has a similar game to mine. Initially, he takes his time in batting but then he plays so well later on. I feel I should also play like him," the diminutive cricketer said.

Mushfiqur -- who is in Rajkot for the second T20I against India -- met Riddhi also and wished her luck for her future.