India qualify for the semi-finals and finish in second place in Group A and will now face either hosts England or New Zealand on Saturday. 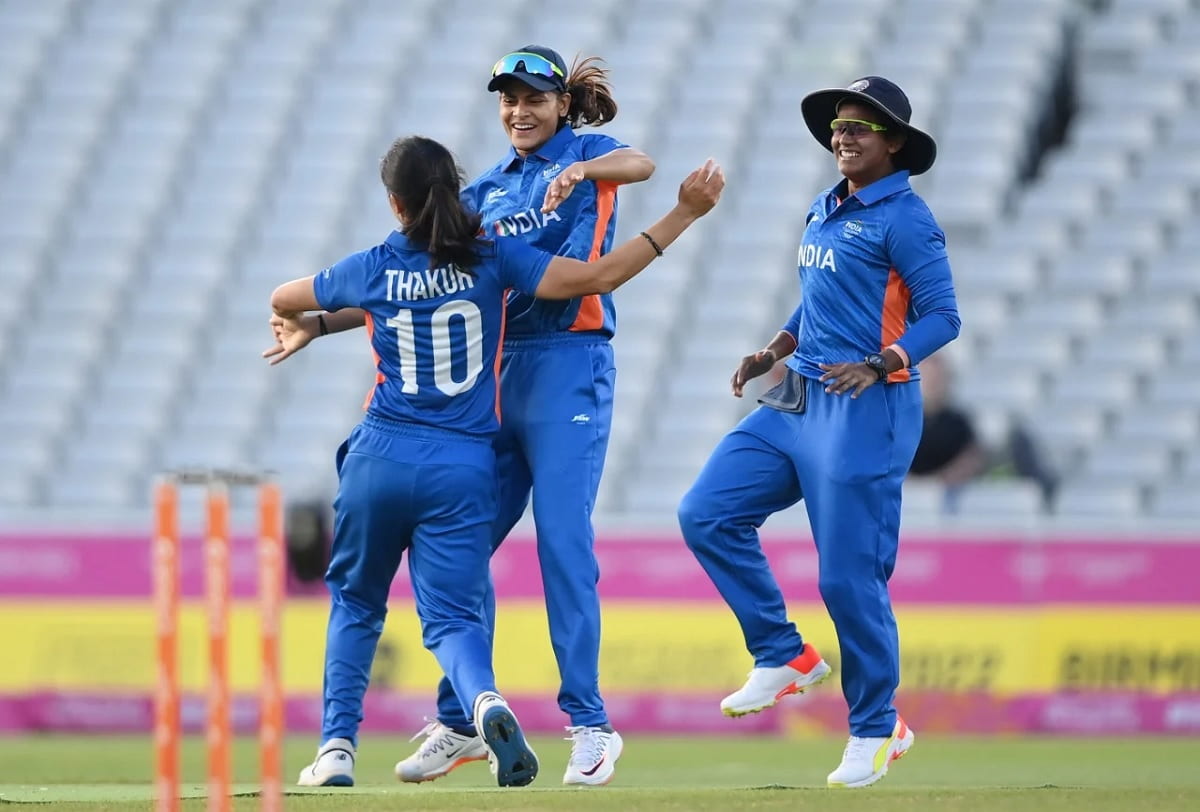 The Indian women's cricket team put up a dominant performance in their final pool game to reach the semifinals after registering a comprehensive 100-run victory over a disappointing Barbados here on Wednesday.

An unbeaten 56 from Jemimah Rodrigues and cameos from Shafali Verma (43) and Deepti Sharma (34 not out) helped India post a big score of 162/4 and that proved too much for Barbados as they crawled to 62/8 in reply.


Heather Knight Pulls Out Of CWG 2022, The Hundred Due To Injury

Kyshona Knight top-scored for Barbados with 16, while recently-retired all-rounder Deandra Dottin was out for a duck in her last international match.

Jemimah Rodrigues was the star with the bat as she scored a gritty knock of 56 to help India reach 162 runs. In response, Barbados could only get to 62 as Renuka Singh ran through the top order and got herself another four-wicket haul.

Renuka Singh was the chief destroyer for India with 4/10, while Meghna Singh, Sneh Rana, Radha Yadav and Harmanpreet Kaur all chimed in with one wicket apiece.

The victory means India qualify for the semi-finals and finish in second place in Group A, with their next opponent to be decided after the final Group B matches on Thursday.
India will face either hosts England or New Zealand in Saturday's semifinals.