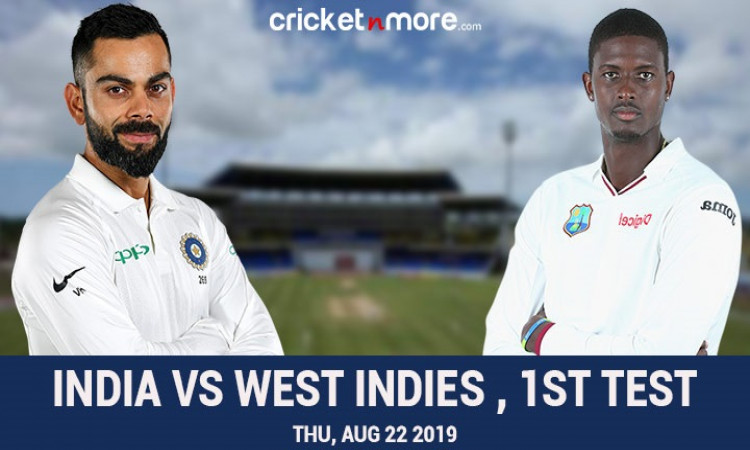 North Sound (Antigua), Aug 21: After dominating the limited overs leg, India will look to start their World Test Championship campaign on an emphatic note when they take on the West Indies in the first Test of the two-match series at Sir Vivian Richards Stadium beginning Thursday.

Test specialists Cheteshwar Pujara and Ajinkya Rahane, who will be on international duty after more than seven months, showed signs of form during the drawn three-day tour game against West Indies A. And skipper Virat Kohli would hope that they take that form into the first Test as well.

India, the No.1 ranked Test team, will look to reinforce their position at the top of the standings and will bank on their experience to outclass the West Indies who will be low on confidence following the thrashing they received in the T20 and ODI series.

Kohli, who hit back-to-back centuries in the one-day series, had slammed a double hundred in Antigua in 2016 and will look to score yet another ton to equal Ricky Ponting's tally of 19 Test centuries as skipper.

"The games are going to be much more competitive and it brings a lot of purpose to the Test matches you play. It (World Test Championship) is the right move at the right time," Kohli said while urging his batsmen to take more responsibility.

In the bowling department, India will be bolstered by the inclusion of leading pacer Jasprit Bumrah. Also, Ishant Sharma, Umesh Yadav and Kuldeep Yadav -- all took three wickets each in the practice game and have presented a strong case for their inclusion in the playing XI.

Ravichandran Ashwin will be raring to return to action in Sir Viv Richards Stadium where he has some fond memories. He picked up seven wickets, all in one innings, and also hit a century in this ground in 2016.

The West Indies, on the other hand, will desperately want to stem out some confidence from their series victory over England at home earlier this year.

The hosts will rely much on their skipper Jason Holder, who was recently declared the men's Test Player of the Year in the annual Cricket West Indies awards ceremony.

Since January 2018, Holder has amassed 565 runs besides picking up 40 wickets. The skipper will be keen to continue setting the benchmark for his teammates in the two Tests against India.

The likes of Shai Hope, Roston Chase, Shimron Hetmyer, John Campbell, Kraigg Brathwaite and Darren Bravo will have to hold the baton and take responsibility if the Windies are to challenge the strong Indian outfit.

Legendary batsman Brian Lara, who along with Ramnaresh Sarwan has assisted the Windies batsmen, believes the current squad has the potential to succeed in Tests. Lara feels the mental aspect of the batsmen needs some improvement if they are to take on big sides.