New Delhi, March 13: The Board of Control for Cricket in India (BCCI) said on Thursday that the second and third ODIs between India and South Africa will be played behind closed doors. 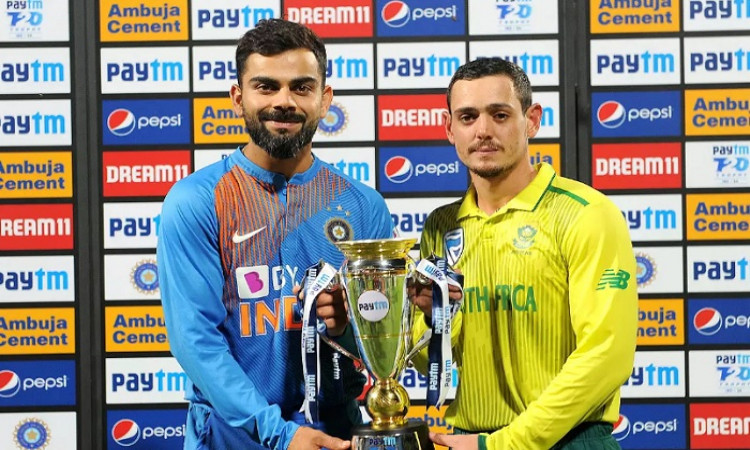 The second ODI is scheduled to be played at the Ekana stadium in Lucknow on Sunday followed by the third at the Eden Gardens in Kolkata on March 18. The first ODI in Dharamsala was washed out on Thursday.

"After holding discussions with the Ministry of Youth Affairs and Sports and the Ministry of Health and Family Welfare, the BCCI on Thursday announced that the remaining two ODIs of the three-match series of South Africa's tour of India will be played without any public gathering, including spectators," the board said in a statement.

"The World Health Organization (WHO) on Wednesday assessed that Covid-19 can be characterised as a pandemic. The BCCI is making every effort for compliance with the regulatory bodies of the Government of India and ensure the safety of our athletes and valued fans. The BCCI will continue to take guidance from the Government of India and state regulatory bodies," it added.

IANS had earlier reported that the remainder of the three-match series between could be played behind closed doors as both the Cricket Association of Bengal (CAB) and the Uttar Pradesh Cricket Association (UPCA) looked to abide by the advisory issued by the Union Sports Ministry on Thursday.

"You are advised to adhere to the advisories issued by the Ministry of Health & Family Welfare and ensure that no public gathering takes place in any sporting event. If the sporting event cannot be avoided, the same could be done without allowing gathering of people, including spectators," the Sports Ministry said in its advisory.