The final hour was one of the best advertisements for test cricket as first India vs New Zealand match ends in a dramatic draw here in Green Park Stadium, Kanpur. 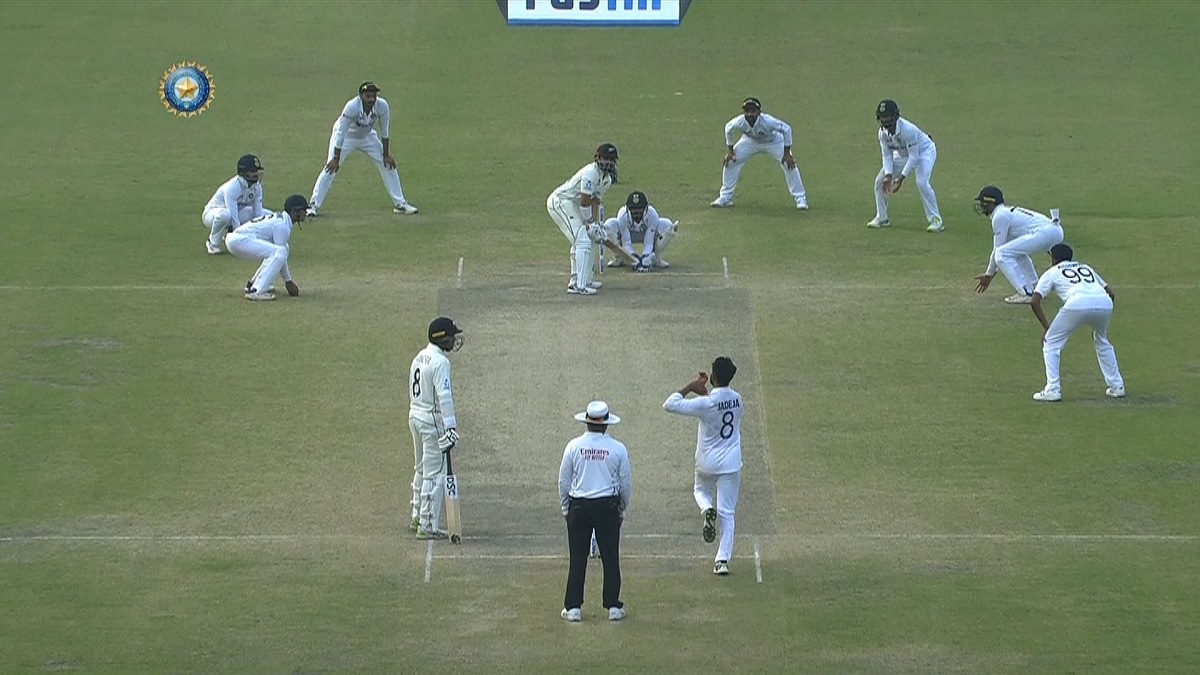 The light was always going to play a decisive role in the test and it had sent the signals from day 1. On each day, the match lost at least four overs of play in the final hour and it happened on the final day as well.

But, light neither saved New Zealand nor cost India a win. It was New Zealand's batting. Rachin Ravindra played out 91 balls coming into bat at number eight and Ajaz Patel stuck with him facing 23 balls himself. They two had a 52-ball partnership that took the Kiwis home.

However, another Ravindra, this time Jadeja, had almost sorted India's chances. He picked up four wickets, three in the final session, and got enough support from his partners - R Ashwin and Axar Patel. The trio kept asking questions and made Kiwi batters stuck at their crease, not able to make a move or score runs.

However, the pitch didn't have any demons but it was a tricky one. It was slow and low but didn't turn square. Any attacking shot resulted in a false shot due to its slowness and that cost New Zealand their key batter who had scored a 95 & a 52 in the two innings - Tom Latham.

The New Zealand top-order kept Indian fielders on the field more as they would have liked. Apart from Latham, nightwatchman William Somerville made 36 from 110 balls, and Kane Williamson scored 24 off 112 balls. Their defensive skills eventually turned out to be crucial for New Zealand to draw the game.

For India, debutant Shreyas Iyer was the man that kept them in the game when they were struggling at 51/5 on day 4 - courtesy of Tim Southee and Kyle Jamieson. Iyer scored a terrific ton in the first innings and a crucial 65 to stretch the lead above 200. He got support from Wriddhiman Saha, who didn't keep the wicket due to a stiff neck, as he scored 61* to get India's lead above 250.

Another key player for India was Axar Patel who picked his fifth five-wicket haul in just four test matches in New Zealand's first innings. But Ashwin's six wickets and 70 runs were as crucial as Iyer's century.

New Zealand's spinners weren't on par with their pacers. Southee and Jamieson picked up 14 off 17 Indian wickets to keep Kiwis in the game. Southee, in between, picked his 13th fifer while Jamieson became the quickest Kiwi to pick 50 test wickets.

It was a match that wasn't about one or two players. When both teams play the way India and New Zealand played in this test, the match deserved to be a draw and series balanced.