India vs Australia Flashback: Top Fielding Efforts By Indians In ODIs Against Australia

India's fielding has become world-class over the last few years and no wonder it will play an important role when India takes on Australia in the ODI series that begins on November 27 in Sydney. 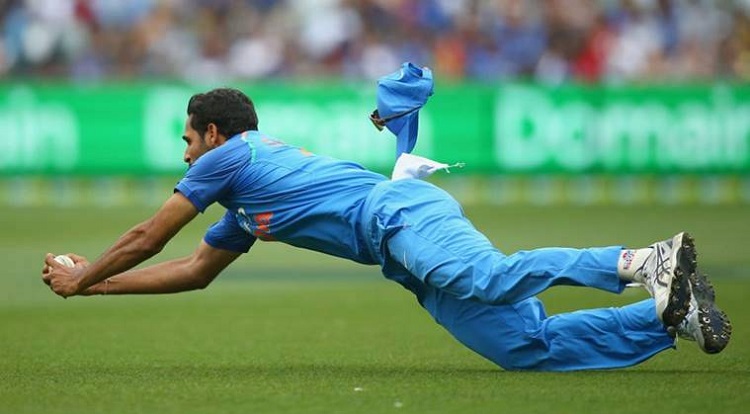 Let's take a look at some of the finest fielding efforts by Indians in One-day Internationals against the Aussies over the last 13 years since they clinched the landmark tri-series in 2007-08.


Ind Vs Aus: Zampa And I Meditate Together, Says Stoinis

Adam Gilchrist inside-edged a ripping Sreesanth delivery that came back in sharply from outside the off-stump and Dhoni dived far to his right and to take a one-handed catch.

Michael Hussey, batting on 72 chipped a Zaheer Khan delivery on pads. However, Sehwag at square leg dived to his right to take the ball inches from the ground.

David Warner swept a full delivery from Ravindra Jadeja with the turn but the ball got the top-edge. Raina ran back from square leg while Irfan ran in from the deep fine leg. There was no calling. Though the two crash into each other, Raina completed a great catch, holding onto the ball even while the two crashed.

Sehwag delivers a skiddy delivery to Clint McKay from a good length. It doesn't spin. McKay's backfoot was removed from the crease for a fraction of a second, but Dhoni was waiting and he removed the bails in a flash.

Aaron Finch tried to hit a shot over long-off against Ravindra Jadeja. However, Ajinkya Rahane moved quickly to his left and dived forward to take the ball inches from the ground.

The left-arm spinner's delivery drifted in and turned square and zipped past Geroge Bailey during his prod. Even as his backfoot was in the air for just a bit, Dhoni collected it and whipped off the bails in a fraction of a second.

Glenn Maxwell, who was four short of a century, wanted to slap a delivery outside off over cover for a boundary but the airborne ball was caught by Shikhar Dhawan who ran back from mid-off. The ball kept swirling but Dhawan held his nerve.

Maxwell was on 41 off 19 balls and tried to pull a length ball from Ishant Sharma but failed to connect it properly. Manish Pandey, however, dived at square leg and took the catch airborne, entire body parallel to the ground.

The left-arm spinner swooped on the ball at cover point, gathered it with one hand, took one step, and threw the ball like a rocket to the non-striker's end where Usman Khawaja was caught just centimeters out of the crease.

Peter Siddle sliced Bhuvneshwar Kumar to a deep backward point. Virat Kohli sprinted off from the rope and kept running and took the catch at full stretch while running at top pace.