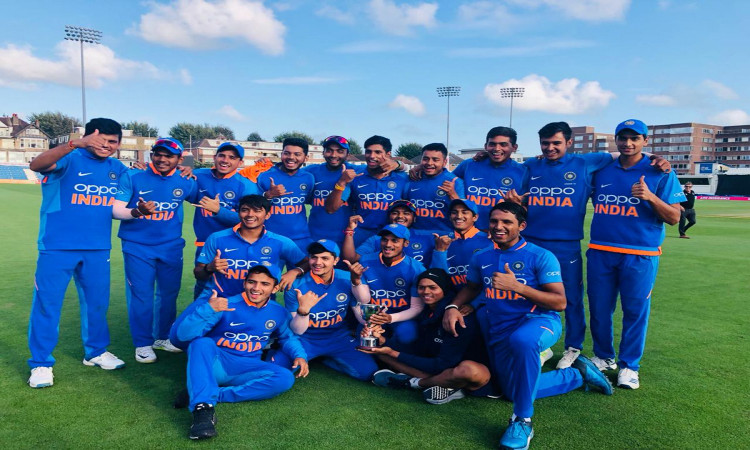 Hove (England), Aug 12 The Indian U-19 team beat Bangladesh by six wickets and won the U19 Tri-Series title chasing a target of 262. India rode on fifties from openers Yashasvi Jaiswal (50), Divyansh Saxena (55), skipper Priyam Garg (73) and wicket-keeper Dhruv Jurel (59 not out) to cross the line with eight balls to spare.

For Bangladesh U-19, Mahmudul Hasan Joy scored a 134-ball 109 to push his team's total to 262. He hit nine fours and one six in his innings. Mahmudul shared a stand of 65 runs with opener Parvez Hossain Emon (60) before adding 64 runs with Shamim Hossain (32).

However, apart from Tanzid Hasan (26) after that, none of the Bangladeshi batsmen managed to reach double figures. Kartik Tyagi (2/49) and Sushant Mishra (2/33) starred with the ball for India.

By contrast, it was a team effort with the bat from India with four of the six batsmen scoring half centuries.