Kolkata, Nov 9 (Cricketnmore): Acknowledging that the India tour was a big challenge for his new-look side, Sri Lanka skipper Dinesh Chandimal on Thursday said the boys were confident after the good show against Pakistan and hope to execute their plans to put it across to their strong opponents. 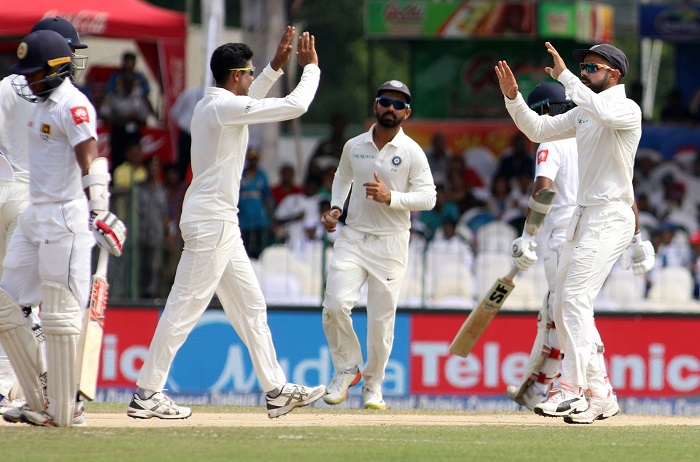 India had whitewashed Sri Lanka 3-0 in Tests, followed by a clean sweep in One-Day Internationals (ODI) and the lone Twenty20 International (T20I) in Sri Lanka earlier this year, but Chandimal said his team was not looking at the coming engagements as a revenge clash.

"It's not a revenge. It's rather a big challenge for us. India is now the number one team in the world. But we come to India after our successes against Pakistan. We are confident," Chandimal said at the Sri Lankans' arrival media conference, a day after stepping on to Indian soil.

The islanders had put up a much improved showing against Pakistan, winning the Test series 2-0 in the United Arab Emirates (UAE).

"We are looking forward to the India challenge. We have our plans, and we hope to execute them to beat India," the 27-year-old said.

The Sri Lanka captain is on his first Test tour to India. The neighbours are slated to play three Tests, three ODIs and the same number of T20Is over the next one and a half months.

Sri Lanka will begin the tour with a three-day practice game against Board President's XI at the JU 2nd campus ground here on Saturday ahead of the first Test at the Eden Gardens from November 16.

Incidentally, this will be Sri Lanka's first ever Test match at the hallowed venue.