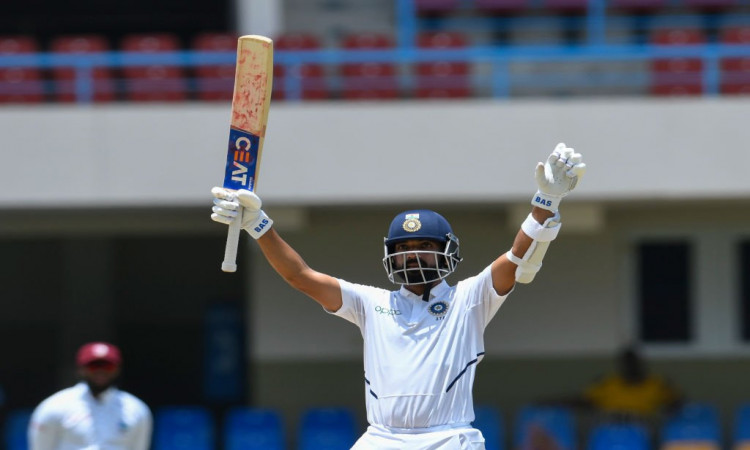 North Sound (Antigua), Aug 25: India set the West Indies a stiff target of 419 runs as they declared on 343/7 in their second innings on the fourth day of the first Test here on Sunday.

Ajinkya Rahane scored his first hundred after 17 Tests, his 10th in the five-day format, while Hanuma Vihari too came good with a quickfire 93, missing out on his maiden Test hundred by seven runs.

Rahane, who topscored with 102 from 242 balls (4x5), was caught at mid-off by Windies skipper Jason Holder off Shannon Gabriel while Vihari was caught behind by Shai Hope off Holder.

Earlier, India skipper Virat Kohli scored 51 before being undone by Roston Chase as he was caught by John Campbell at extra cover. Kohli and Rahane shared a 106-run stand for the fourth wicket before Rahane joined hands with Vihari for a 135-run partnership, sending the West Indies bowlers on a leather hunt.

For the hosts, Chase was the pick of the bowlers with figures of 4/132.