India on the move at the World Cup 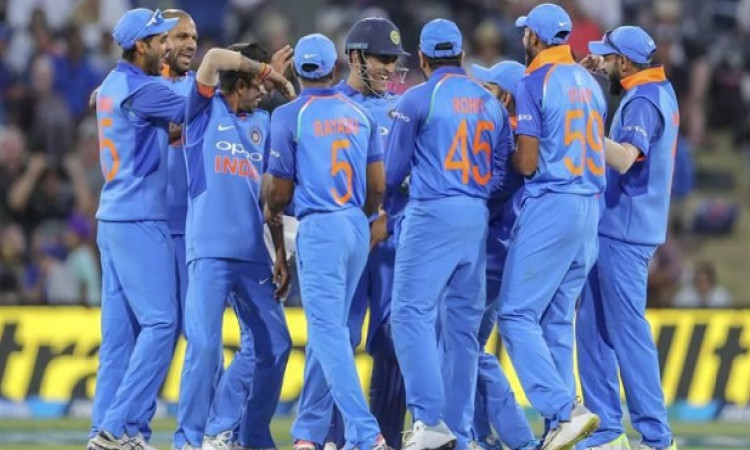 8 JUNE (CRICKETNMORE) The start of the 2019 World Cup campaign for India against South Africa was perfect. The first match in any tournament is a crucial encounter because although one is mentally ready to a large extent, there is always a slight bit of doubt about ones and the team's performance.

India's campaign commenced, as one would say, "exactly as the doctor ordered". South Africa, who had lost their initial two matches had to win to stay alive in the tournament. For them it was a do or die situation and in sport one is always wary when opponents have their backs against the wall.

India managed to secure a victory and diffused any hope that the Proteas had. The numero uno One Day International bowler of the world, Jasprit Bumrah, provided just the thrust and acceleration that was needed to set a positive vibe among his teammates. He bowled exceptionally well in his first World Cup match and demonstrated why he is rated so highly. The two established South African openers, Hashim Amla and Quinton de Kock were stunned by his speed, movement and accuracy. His spell along with that of Bhuvneshwar Kumar was a reminder to the rest of the teams in the tournament as to how difficult they will be to face.

The most redeeming feature, however, were the two slip catches, one by Rohit Sharma and the other by captain Virat Kohli. The comfort with which both of them caught the flying white round object showed the amount of practice they had put in and the importance they must have given to slip catching. Pacers Bumrah, Bhuvneshwar and Mohammed Shami require the catches in slips to be taken for them to become even more effective.

The initial spell by the pacers gave the the momentum, confidence and initiative that uplifted the morale of the team. These are the golden moments that any team requires to generate the acceleration needed to fulfil their dream and vision of winning the cup.

South Africa, a side that was once considered to be a strong opponent, looked totally out of place. Their batting looked brittle and with just 227 runs on the board, although the bowlers did make some special efforts in curtailing the Indian batsmen, their untidy fielding and catching sadly let them down.

The 2015 World Cup semi-finalists have traditionally been a good fielding side. The two South African fielding legends who have etched their name in gold in that department of the game, Colin Bland and Jonty Rhodes, must be squirming with embarrassment. One, from the heaven above, and the other very much present amongst us below.

Their captain, Faf du Plessis' field placement and leadership also lacked direction. The frustration and the negative body language of his players seemed quite evident even from the sidelines. Unfortunately, he failed to get them energized. With another loss, South Africa would be an also-ran even before the business end of the tournament begins.

India, with one win under their belt need to show the same vigour and commitment that they projected in their match against South Africa. The Indian wrist spinners Yuzvendra Chahal and Kuldeep Yadav also bowled extremely well and now the Indian bowling looks settled with options to change depending on the condition.

Rohit Sharma's century and the mature and sensible way he carried his bat through was wonderful to see, especially as he is a player who gets easily frustrated if things are not going his way.

Australia, will be one of India's toughest opponents. Fortunately, for India, they are beaming with confidence and ready to go. A win against Australia, should put them strongly in place for a semi-final spot.

As was expected, the World Cup has generated massive support. England lost to the unpredictable Pakistan side, even after two of their players scored a century. Bangladesh are playing well and will be dangerous for all the top teams in their quest to qualify. New Zealand have done just enough to win their first two matches and a win against South Africa and Afghanistan has now become mandatory for all the teams remaining to play them. West Indies are in their calypso world of fast bowling and hard hitting, whereas, Australia is now a team of hardworking professionals.

The wickets at most venues seem to be good for batting as they have a nice spongy bounce to it. The overhead conditions is what makes it difficult for batsmen. The cloudy and overcast conditions brings forth the fast bowlers to come into the act with movement in the air and off the wicket and with the bounce to assist them, the short ball becomes a good option. The technically good batsmen are being able to adjust accordingly because of their footwork; however, it is going to to be difficult for batsmen who lack that skill.

The wonderful aspect of the World Cup till now, has been in the way all teams have played their matches. There is intense competition, but one can see the friendship, appreciation and camaraderie amongst the cricketers. The T20 tournaments around the world have made most of them friends and colleagues and it nice to see cricket etiquette flourishing in the royal sport.

The game of cricket is definitely the winner, but identifying the likely winning team is still an impossible prediction.