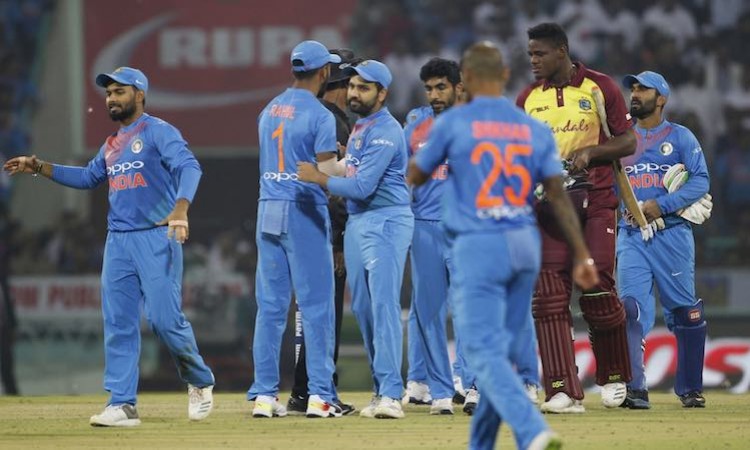 Chennai, Nov 11 - A brilliant batting display from Shikhar Dhawan (92) and Rishabh Pant (58) helped India edge past West Indies by six wickets in a last ball thriller in the final match of the Twenty20 International series here on Sunday.

With this win, India completed a whitewash in the three-match series.

After two quick wickets, Dhawan and Pant batted well and put India on the brink of victory but Pant's wicket in the penultimate over changed the scenario of the match and the game went to the last over.

Needing five runs in seven balls, Dhawan and Manish Pandey scored four runs in first three balls but then a dot ball and Dhawan's wicket made the match interesting which could have been finished much earlier.

Needing one run in one ball, Manish, who seemed out of sorts in the middle, somehow managed to steal a run to hand India a victory.

Chasing a challenging score of 182, India started on a bad note, losing opener Rohit Sharma (4) in the third over. New batsman Lokesh Rahul (17) then came in the middle and displayed some brilliant shots but soon he was also dismissed by Oshane Thomas in the sixth over.