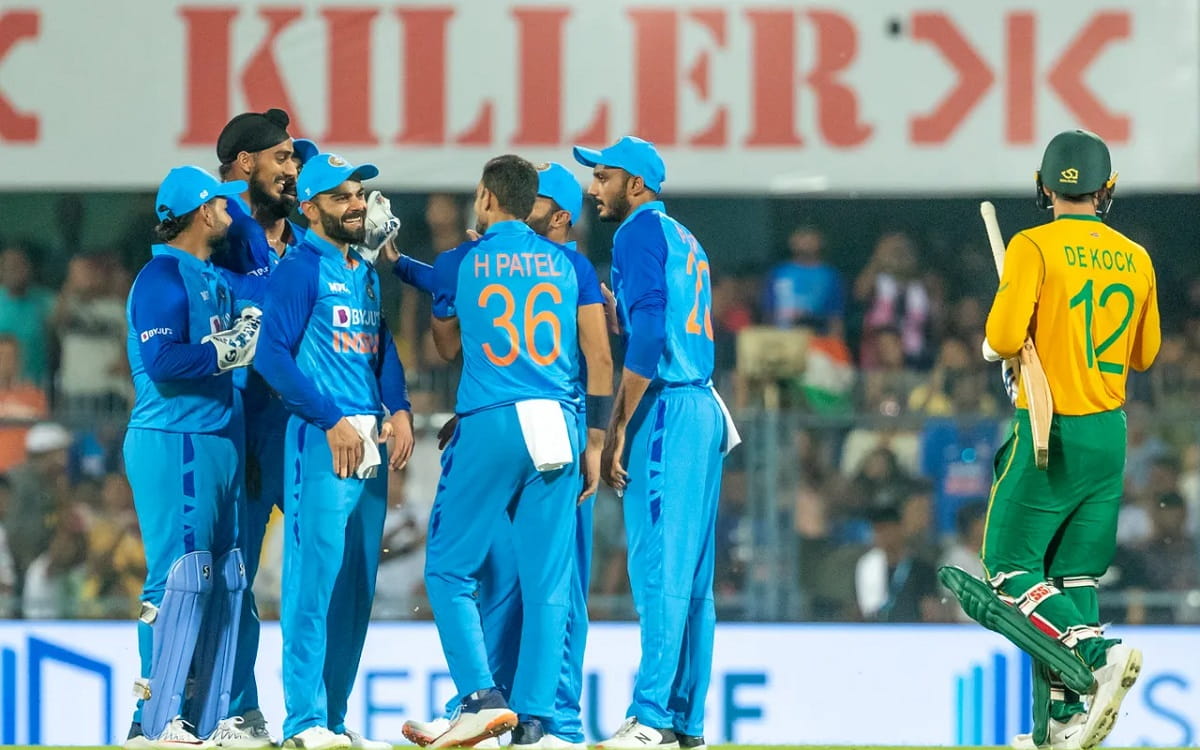 IND vs SA: Team India continued their good form in the T20Is despite below-par bowling, winning a high-scoring match against South Africa by 16 runs in the 2nd T20I. David Miller and Quinton de Kock fought their best but the target of 238 runs proved too much to be chased down, as South Africa scored 221/3 in 20 overs.

Chasing 238, South Africa played a maiden in their very first over, by Deepak Chahar. Temba Bavuma was then dismissed for a 7-ball duck in the 2nd over by Arshdeep Singh. Rilee Rossouw followed his skipper, going for a 2-ball duck in the same over. Aiden Markram held the crease for a while with his 33 runs off 19 balls before getting bowled by Axar Patel in the 7th over.

From thereon, David Miller and Quinton de Kock held the crease with an unbeaten 174-run partnership for the 4th wicket, bringing South Africa close to a historic chase. While Quinton de Kock struggled for a bit, scoring 33 runs in first 34 balls, but went on to finish the innings unbeaten on 69 runs off 48 balls with 3 fours & 4 sixes.

David Miller on the other hand smacked a thunderous ton, scoring an unbeaten 106 runs off 47 balls with 8 fours & 7 sixes.  For India, Arshdeep Singh picked up 2 wickets for 62 runs in 4 overs while Axar Patel managed 1 wicket, conceding 53 runs in 4 overs.

In the first innings, Indian top order batters wreaked havoc with the bat as India were powered to a mighty total of 237/3against South Africa in the 2nd T20I. Suryakumar Yadav remained the top scorer while KL Rahul & Virat Kohli also smacked fifties.

After being put in to bat first, India were off to a great start courtesy of a 96-run stand between openers KL Rahul and Rohit Sharma. Skipper Rohit was dismissed after scoring 43 runs off 37 balls by Keshav Maharaj in the 10th over.

Virat Kohli while remained not out after scoring 49 runs in 28 balls with 7 fours & a six. For South Africa, Keshav Maharaj was the sole-wicket taker with two wickets to his name. India now needs to defend 238 runs to build an unassailable 2-0 lead in the 3-match T20I series.

Earlier, South Africa captain Temba Bavuma won the toss & opted to bowl first against India in the 2nd T20I. This match is being played at Barsapara Cricket Stadium, Guwahati.