India pulled off a record run-chase in a thrilling final session to hand Australia their first defeat at Brisbane's Gabba ground since 1988 and clinch the four-Test series 2-1 on Tuesday. 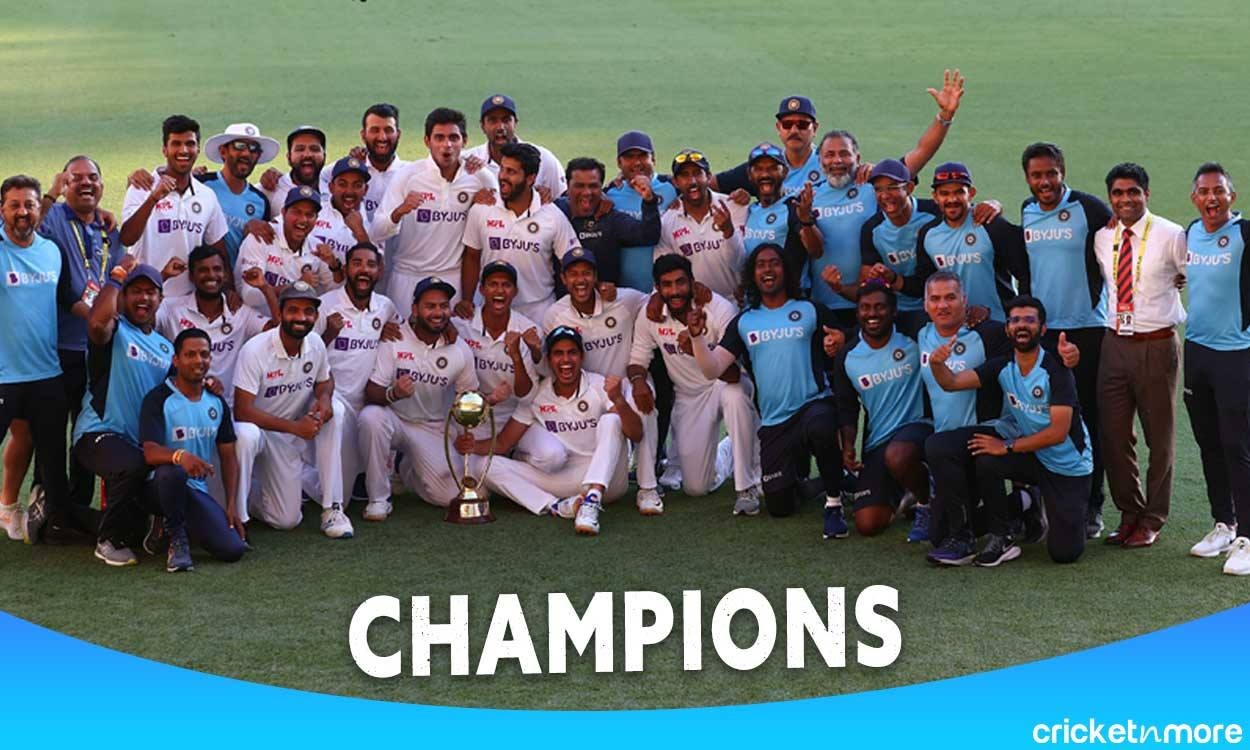 
'Rip His Helmet Off': Warne On Commentary As Pujara Troubles Aussie Bowlers

India started the morning on four for no loss after bowling Australia out for 294 just before rain stopped play late on the fourth day.

Australia's hopes of a series-clinching victory were raised early when Cummins drew Rohit Sharma forward to a ball that caught the outside edge, Tim Paine taking a fine diving catch in front of first slip.

However, Shubhman Gill and Cheteshwar Pujara then shared a brilliant 114-run partnership during the course of which both collected runs at a brisk pace. While Gill was the more aggressive batsman of the duo, Pujara batted in his usual self, coping numerous blows on his helmet and hands but not giving up.

Gill was magnificent on a fifth-day wicket, smashing the Australian bowlers to all corners of the ground. He hit eight fours and two towering sixes in his 146-ball innings before he became Nathan Lyon's 398th Test victim, edging an arm ball to first slip where Steve Smith took a sharp catch