Indian openers Rohit Sharma and Shubman Gill see off five overs before the end of session 2 after Axar Patel's 6-fer skittles England out for 112. 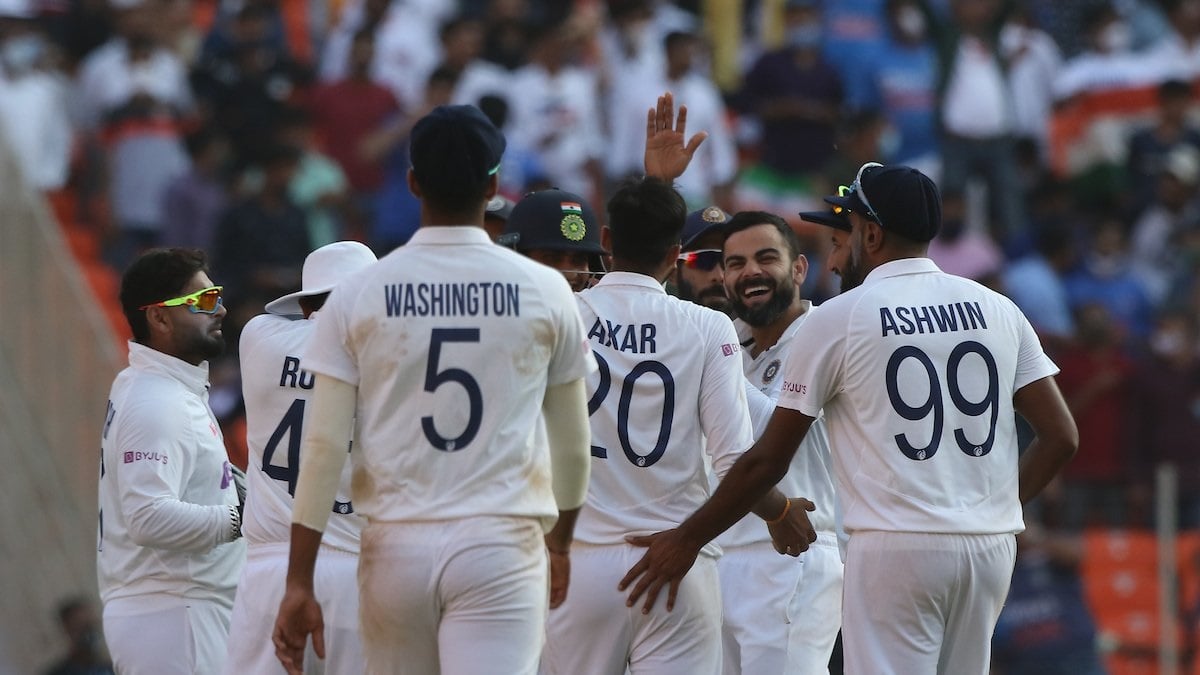 Left-arm spinner Axar Patel took six wickets and off-spinner Ravichandran Ashwin bagged three as India blew away England for 112 runs in their first innings on the opening day of the third Test here on Wednesday. Opener Zak Crawley was the top scorer for England with 53 -- the solitary half-century of the innings. The next highest score was captain Joe Root's 17.


Fans Avoiding To Sit At Top Floor Of Narendra Modi Stadium, Here's The Reason Why

Patel ended the innings with 6/38 at the Narendra Modi Stadium, following his 5/60 in the second innings of the second Test in Chennai. Ashwin captured 3/26.

England started the second session of the day-night Test at 81/4 after Patel, Ashwin and fast bowler Ishant Sharma, playing his 100th Test, gave India the upper hand before tea.