Ind, WI battle it out in series finale at Pollard's IPL home 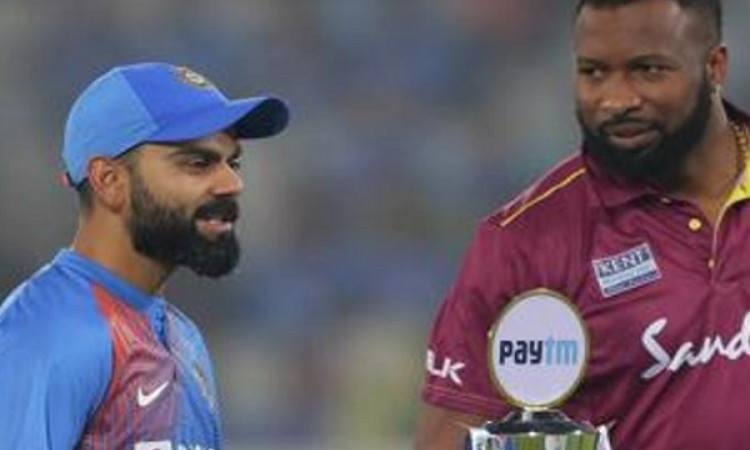 Mumbai, Dec 10  With the series tied at 1-1, both India and West Indies will aim to come out with the final punch and outclass each other when they battle it out in the third and final T20I set to be played at the Wankhede Stadium on Wednesday evening.

After winning the first T20I by a comprehensive six-wicket margin, Team India came out with a dismal performance in all the three departments in the Thiruvananthapuram game, especially while bowling and fielding.

The Indian batters have performed reasonably well in the first two matches of the series. However, it's their fielding which has let the team down.

The players have been guilty of spilling catches on numerous occasions in both the matches, something which even skipper Virat Kohli is not happy with.

"If we field so poorly, no amount of runs will be enough. We were poor with the field in the last two games. We dropped two catches in one over," Kohli said after the second T20I and thus would hope that his players come up with a better show in Mumbai.

Star Indian opener Rohit Sharma hasn't fired in the first two games and he would be rearing to make an impact in his hometown. K.L. Rahul, Kohli and Shivam Dube, all have scored runs in the two matches and thus provide solidarity at the top.

However, what Team India desperately need at the moment is some firepower, both at the start and towards the end of their innings, especially considering they have not been able to defend successfully on many occasions in their recent matches.

The bowlers have been taken to task by big-hitting Windies batters and would have to come up with a better show if India are to clinch the trophy. Off-spinner Washington Sundar and under-fire wicketkeeper-batsman Rishabh Pant will once again remain under focus as they haven't been able to deliver in the series so far.

For Pant who has been the talking point for quite some time now, things are only getting tougher.

Another thing that would be interesting to see is whether the team management persists with Sundar -- who has taken only three wickets in the last five T20s that he has played and leaked 144 runs in 23 overs that he bowled -- or gives left-arm chinaman Kuldeep Yadav a game.

Sundar has taken only three wickets in the last five T20s that he has played (two against West Indies and three against Bangladesh) and leaked 144 runs in 23 overs that he bowled.

For the visitors, it would be all about continuing with what they have been doing in the first two matches. The batters have scored runs. Lendl Simmons, Shimron Hetmyer, Nicholas Pooran and Evin Lewis -- all have scored runs at a brisk pace and have been hitting Indian bowlers to all part of the grounds.

Their bowlers, including pacer Sheldon Cottrell, are among the wickets and with Kesrick Williams, leg-spinner Hayden Walsh Jr and Holder, the visitors will have to bowl in the right areas to stem the flow of runs.

An exciting finale is on the cards at the Wankhede, home of Windies skipper Kieron Pollard when it comes to plying his trade in the Indian Premier League.