IND vs WI: India extend lead to 173, Windies keep them in check 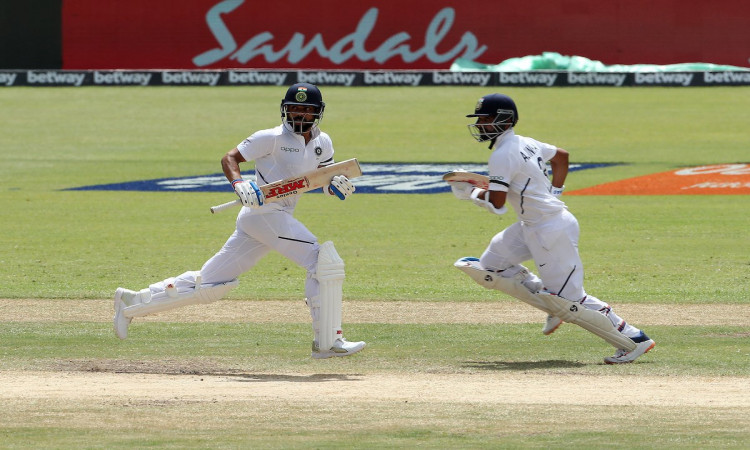 North Sound (Antigua), Aug 25: India extended their lead to 173 but the West Indies stayed well in the game with three wickets in the second session of Day 3 of the first Test in Antigua.

Roston Chase took the wickets of both Indian openers while Kemar Roach got the big wicket of Cheteshwar Pujara as India went to tea on 98/3.

India however are very much in the driving seat in context of the match with captain Virat Kohli and deputy Ajinkya Rahane in the middle. Kohli was on 14 off 28 balls while Rahane was on five off 13 when the umpires called for Tea.

Mayank Agarwal and KL Rahul gave India a steady start with a 30-run opening stand. The partnership was broken when Agarwal was trapped LBW by Chase. His partner told him not to review the decision as it looked plumb but replays surprisingly showed that the ball would have missed leg stump.

Pujara and Rahul put up 43 runs for the second wicket and were looking strong when the latter ended up missing everything while attempting to sweep Chase. He exposed all of his stumps in the process and the ball hit them unimpeded.

In the very next over, Pujara was completely done by a peach of a delivery from Roach. The delivery was pitched at length but moved in instead of going the other way, went through Pujara's defence and took the stumps. Kohli and Rahane have since kept the bowlers at bay.