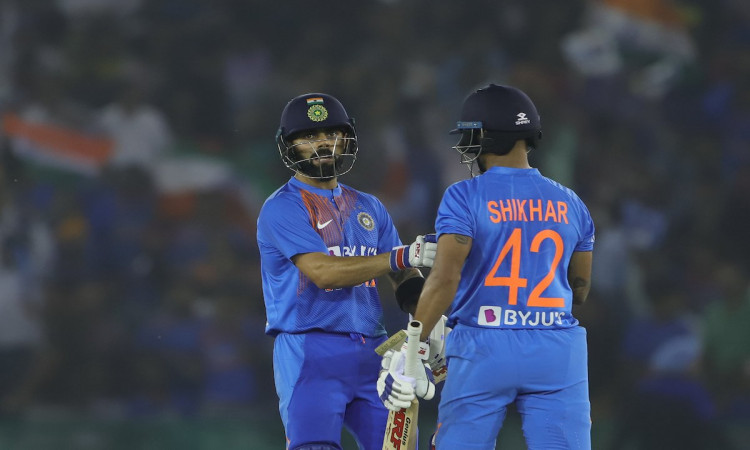 New Delhi, Sep 21:  With the first game in Dharamasala on September 15 washed off, the Indian and South Africa team arrived in Mohali on September 16 only to realise that there was no security arrangement made for the players by Chandigarh Police -- due to non-payment of dues. While the team hotel provided for security for the teams on the first day, the police were back in charge on the second day. But Anti-Corruption Unit (ACU) chief Ajit Singh has warned hosting associations against any security lapse -- on and off the field.

Speaking to IANS, a board functionary said that a mail has been sent to all the hosting associations and they have been told that such a lapse will not be tolerated as it can lead to a dangerous situation.

"ACU chief Ajit Singh has written to all the hosting associations and has made it clear that such a lapse will not be tolerated in the future. Lack of security arrangement can be a major issue and can even lead to a dangerous situation because we are all aware that fans can sometimes go overboard in order to show their love for their favourite players," the functionary said.

In fact, in the mail, accessed by IANS, the ACU chief has asked for beefed up security inside the stadium to avoid scenarios like in Mohali when two fans invaded the pitch.

"To deter pitch invasions, security staff should be positioned between the boundary rope and the public fencing. The security staff should be positioned to face the crowd. The security personnel should be placed at equidistant intervals around the boundary and be placed in the immediate vicinity of traditional boundary fielding positions including long off, long on, deep fine leg, deep third man, deep mid-wicket and deep cover," the mail read.

The first episode of invasion in the second T20I took place when the South Africans were batting. The invader was chased down by the security guards and taken away.

The second incident took place with India skipper Virat Kohli at the crease and a die-hard fan breaking the security cordon to come in and shake hands with the batsman.?Kohli was clearly taken aback by the turn of events and before the fan could reach him, the guards caught hold of the fan and took him away.

In fact, this isn't the first time that such a thing has happened in India and the likes of M.S. Dhoni and Kohli often face this when out in the middle. But the BCCI doesn't wish to take any chance and the ACU chief has made it clear that these lapses should be stopped with immediate effect.