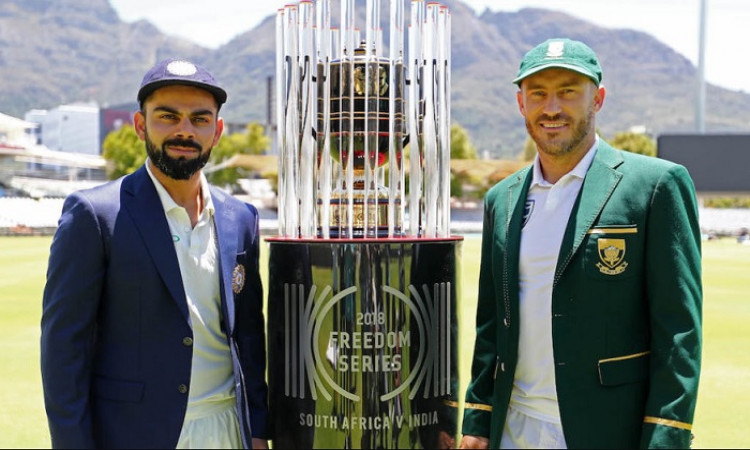 New Delhi, Sep 30:  India take on South Africa in their first Test series at home since they hosted the West Indies in October 2018. The series starts on October 2, with the first Test to be played in Visakhapatnam.

Virat Kohli's side are the top ranked team in the Test rankings and started their campaign in the World Test Championship with a win over the West Indies in the Carribean earlier this year.

India are firm favourites to win the upcoming three-match series with the Proteas in a period of transition after the retirement of the likes of Dale Steyn, Hashim Amla and AB de Villiers over the past couple of years. If India win, this will be its 11th consecutive Test series win at home, the most by any side.

The last time India lost a Test series at home was against England during the latter's tour of the country during the 2012-13 season. Their winning streak started with the subsequent rubber against West Indies, which was also Sachin Tendulkar's last series.