IND vs SA: Ashwin keeps India ahead of Proteas in Vizag Test 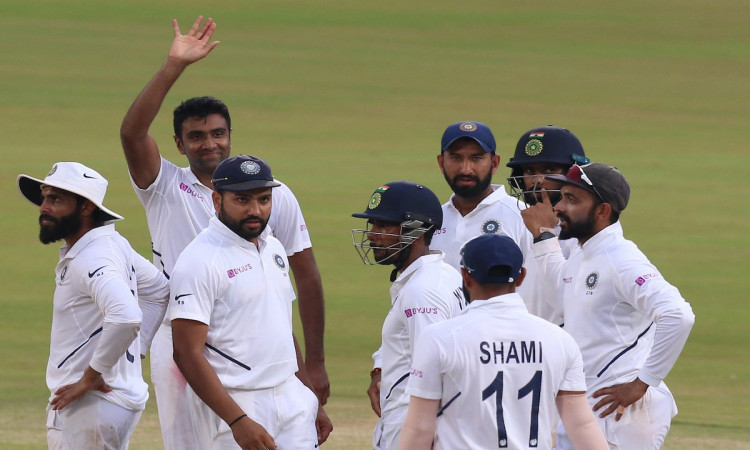 Visakhapatnam, Oct 5: Ace off-spinner Ravichandran Ashwin picked up a seven-wicket haul to help India keep their nose ahead on Day Four of the ongoing first Test against South Africa at the ACA-VDCA Stadium here on Saturday.

At Lunch, India were 35/1 in their second innings with Rohit Sharma and Cheteshwar Pujara unbeaten at the crease on 25 and 2 respectively. The hosts are currently 106 runs ahead.

Earlier in the day, the lower-order South African batsmen, especially debutant Senuran Muthusamy, frustrated the hosts and scored valuable runs to bring down the lead less than 100.

Ashwin, who picked up his 26th five-wicket haul on Friday, scalped the remaining two wickets to end with figures of 7/145. Ravindra Jadeja picked two wickets while Ishant Sharma contributed with one.

India, with a first-inning lead of 71, didn't have a good start to their second innings as they lost Mayank Agarwal after he could score just seven runs. Agarwal, who scored his maiden Test double hundred in the first innings, was caught at slips by skipper Faf du Plessi off the bowling Maharaj.

However, Sharma and Pujara batted cautiously for the remaining part of the session and made sure the hosts didn't lose any further wickets.