London, Sep 11 (CRICKETNMORE) Opener KL Rahul's unbeaten 108 kept the fifth and final Test between India and England alive as the visitors were at 167/5 at Lunch on the final day at the Oval here on Tuesday. 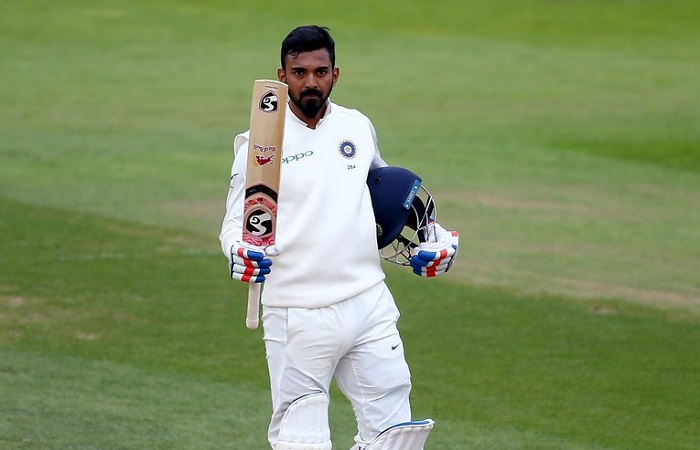 Despite losing wickets at the other end, Rahul's fighting knock averted a defeat for India to some extent as the visitors lost two quick wickets in the morning session while chasing a mammoth 463 for victory.

Resuming the fifth day at 58/3, overnight batsmen Ajinkya Rahane (37 off 106 balls) and Rahul showed tremendous resistance against the English bowlers by taking India past the 100-run mark.

However, just when everything was going in India's way, Moeen Ali struck to send back Rahane as an across the line sweep by the batsman fell into the hands of Keaton Jennings in front of square, which left the visitors at 120/4.

Debutant Hanuma Vihari, who had notched up his maiden half-century in the first innings, fell cheaply after contributing just one run.

A short delivery by Ben Stokes kissed Vihari's outside edge before landing in the gloves of Jonny Bairstow, putting India into deep trouble.

Incoming batsmen Rishabh Pant, who was unbeaten on 12 runs, then stitched together 46 runs for the sixth wicket with Rahul as India's scorecard read 167/5 at the lunch break.