Australia bounced back on the first day of the first Test against India on Thursday by picking three late wickets, including those of captain Virat Kohli (74), Ajinkya Rahane (42), and Hanuma Vihari (16) in just over six overs for 18 runs to leave their opponents on 233 for six at stumps. 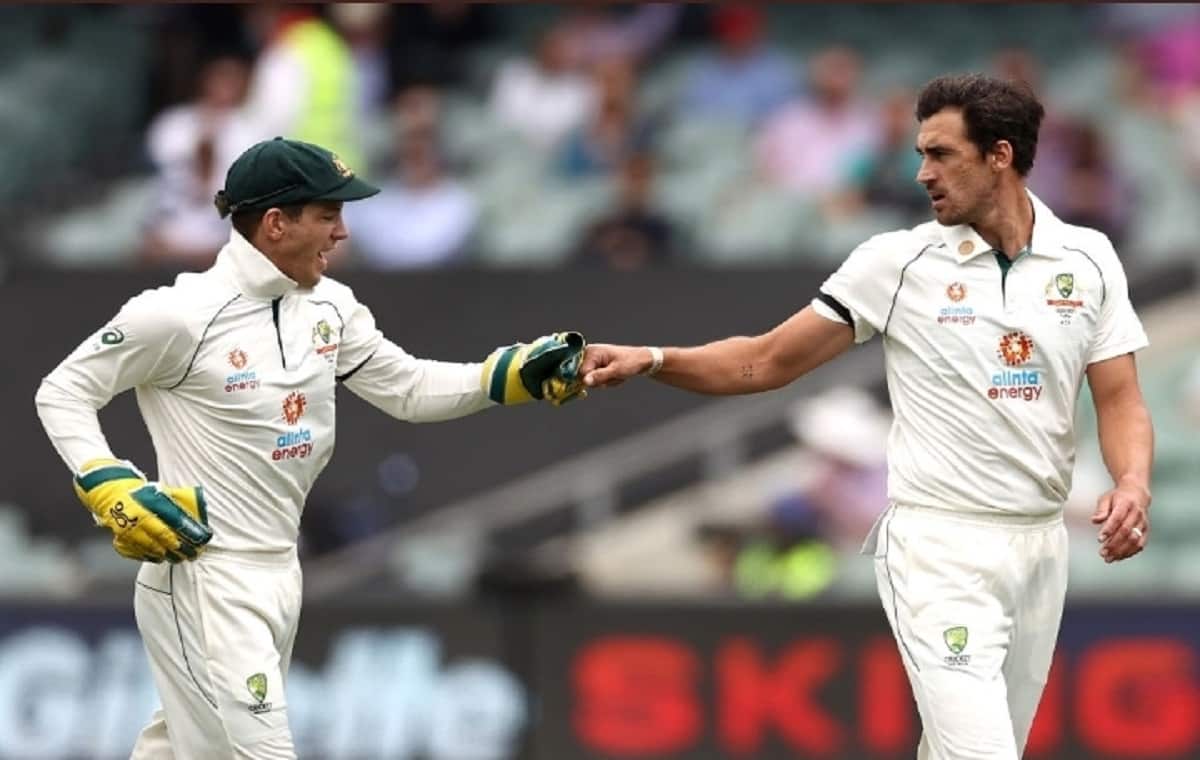 The match is a day-night fixture played with a pink ball at the Adelaide Oval.

The Aussies were fortunate to get a run-out with Kohli caught out of crease at the non-striker's end after Rahane pulled back an erroneous call for a run. Josh Hazlewood swooped on the ball at cover and sent it back to off-spinner Nathan Lyon who whipped the bails off to send Kohli back. The captain's dismissal was a big jolt in the 77th over as with new pink ball just three overs away. Kohli and his deputy Rahane added 88 for the fourth wicket and taken the team to 188.

Soon after Kohli's dismissal, Australia called for the second new ball and got rid of Rahane, leg-before to Mitchell Starc, and Hanuma Vihari who was leg-before to Hazelwood.

India, at 206 for six looked like getting bowled out before stumps. However, R Ashwin and Wriddhiman Saha added 27 in 34 balls for the seventh wicket and remained unbeaten at the end of the day.

Earlier, India had lost ace batsman Cheteshwar Pujara in the second session after he had revived the innings alongside Kohli.

With India losing both their openers cheaply, Pujara and Kohli shared a 68-run partnership to help the visitors reach the 100-run mark. However, just when the situation seemed to be easing for India, Pujara was caught at leg-slip by Marnus Labuschagne off Lyon and went back to the dressing room after scoring 43 runs off 160 balls.

At the end of second session on Thursday, India had scored 107/3 after batting for 55 overs -- scoring 66 runs in 30 overs in the second session.

India didn't get off to a good start in their innings after Kohli won the toss and elected to bat. Opener Prithvi Shaw, who has been picked in the playing XI despite his poor form in the warm-up games, got out on the second delivery of the first over bowled by left-arm quick Mitchell Starc for a duck. Starc's swinging delivery got the inside edge of Shaw's bat and hit the stumps.

Pujara and Mayank Agarwal then tried to steady the ship and made sure the visitors didn't lose any further wickets in the initial overs. Both played cautiously and scored runs rather slowly as the Australia pacers bowled tight lines and lengths.

It was in the 19th over that Cummins got the second breakthrough for the hosts as Agarwal got bowled after scoring 17 runs in the 40 deliveries he faced during his stay.

Skipper Kohli, who came in next, then took the Indian innings forward.