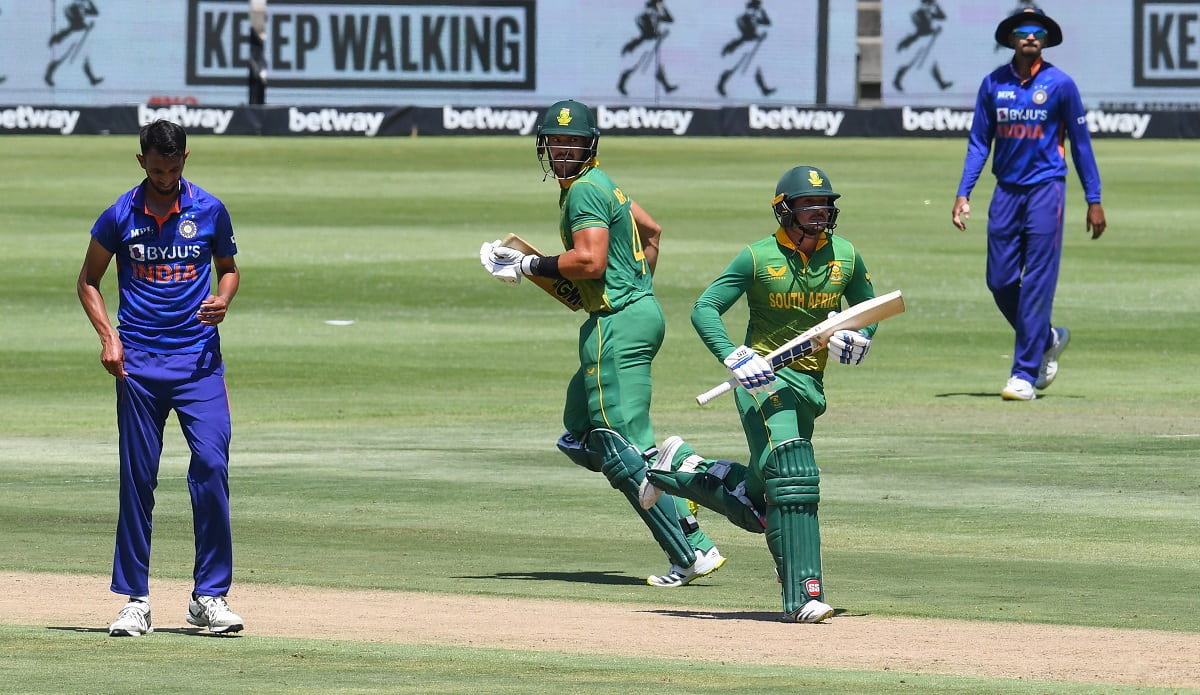 Deepak Chahar began the proceedings for India and got his team a crucial wicket in the 3rd over of the day - Janneman Malan. India shortly got Temba Bavuma runout as South Africa looked troubled.

However, De Kock was in a league of his own and kept playing his shots. Chahar was given an extended spell and in turn got India reward in the form of Aiden Markram, who mistimed a pull shot.

It looked like India might control the innings now but de Kock and Rassie Van der Dussen had other ideas. The duo put on a 144-run stand in 143 balls to set up a good platform for the rest of the batters to cash in.

de Kock, in particular, looked in sensational touch as he reached his 17th ODI century in the 31st over. However, India bounced back to remove de Kock in the 36th over. In the next over, Van der Dussen was finally dismissed in this ODI series as he tried slog sweeping Yuzvendra Chahal only to find Shreyas Iyer in the deep.

Proteas lost three wickets in quick succession but David Miller and Dwaine Pretorius added 44 runs in 43 balls for the seventh wicket to get South Africa past 275.

In the final few slog overs, Prasiddh Krishna kept changing the pace to bowl out South Africa for 287 and finished the innings with three wickets. Deepak Chahar and Jasprit Bumrah got two wickets each as well.