Miller scored a swashbuckling 106 of 47 balls & also shared a 174-run standoff 90 balls for the fourth wicket with de Kock against India. 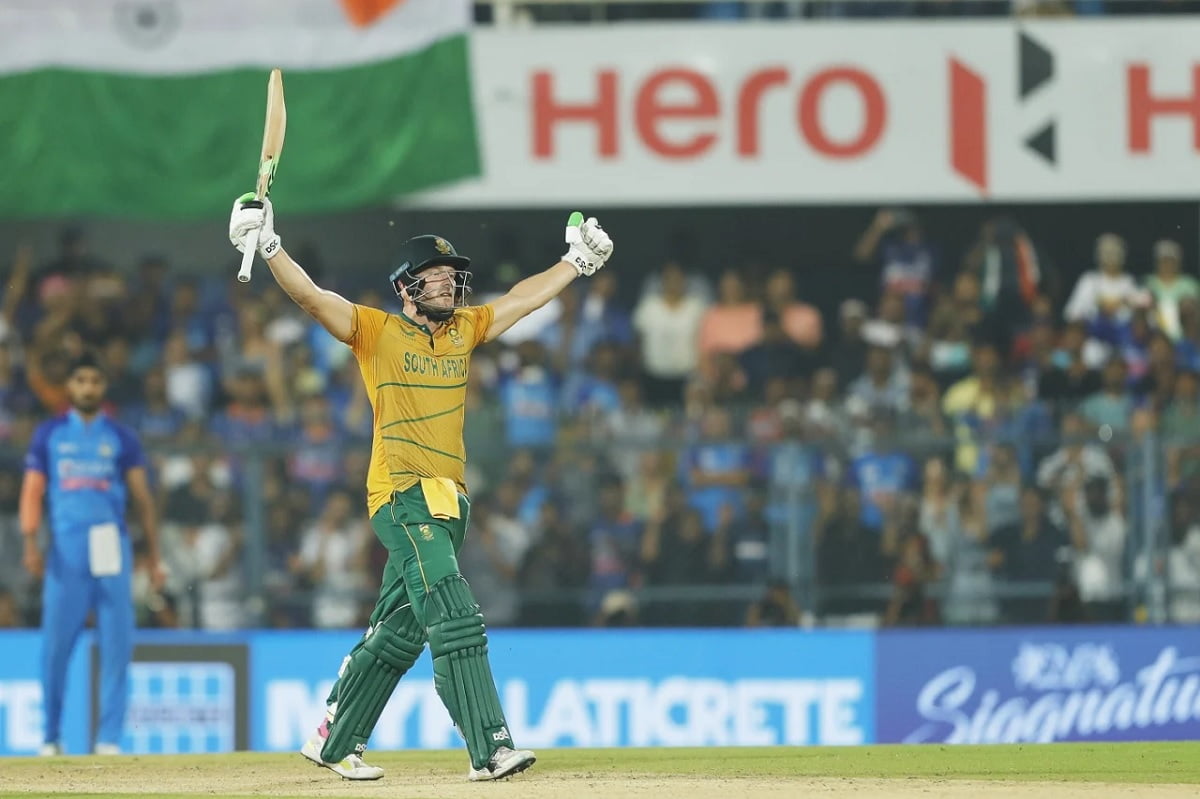 Though South Africa lost the second T20I to India at the Barsapara Cricket Stadium in Guwahati, they had something to cheer for, thanks to left-handed batter David Miller's whirlwind 106 not out off just 47 balls to keep the losing margin to 16 runs.

South Africa skipper Temba Bavuma heaped praise on Miller's performance, saying that the visitors will take tons of confidence from his unbeaten knock. "It shows why David Miller is one of the best T20 batters going around. Miller was looking good, lot of confidence to be taken from his performance," said the right-hander after the match ended.


Shane Watson: No One In The World Can Replace Bumrah, Siraj Is The Best Option For India

Sunday was also a night to forget for South Africa's bowlers as they got smacked for runs with India's batting clicking in unison. Barring Keshav Maharaj's 2/23, no other bowler could keep their economy rate below 12.

"The conditions were tough, we tried to get it swinging the ball early. Their bowlers got the ball to swing at the top and once it stopped swinging, we saw how easy it was to bat," added Bavuma.

An ordinary bowling show from the Proteas meant India made a mammoth 237/3 in 20 overs. "It wasn't probably our best performance, the conditions were different. Execution is our plans is where our conversation is going to be. Later with the bat, I thought we could have given it a good go with 220 but 240 was too high," stated Bavuma.

Apart from his century, Miller also shared a 174-run stand off 90 balls for the fourth wicket with Quinton de Kock, who made 69 not out off 48 balls. De Kock, who struggled to find his timing and was at 32 off 33 balls at one point, did manage to get his big shots. But it was too little, too late for South Africa to avoid losing a bilateral T20I series in India for the first time.

"Quinton obviously struggled upfront but batted through the innings and kept us in the hunt. He is a capable batter of hitting fours and sixes, so it was just about getting in. As you saw, we were just 16 runs short. He (De Kock) walked up to me (after the game) and said, 'You batted well and I'm sorry'," said Miller.

Sunday's match was also played in extremely humid conditions, where the humidity percentage touched as high as 94 per cent. "It was a great wicket, and India put us under pressure from the start. We had to go from ball one and the freedom allowed us to express ourselves. It is raining out here and has been a bit wet (humidity). Was just taking as much water as possible," concluded the left-hander.