IND V PAK: Dead Ball Controversy Explained: Why Was Kohli Given Three Byes After Being Bowled On A Free Hit Vs Pakistan?

India registered a dramatic four-wicket win over Pakistan in their T20 World Cup opener on Sunday as the side chased down a 160-run target in exactly 20 overs. 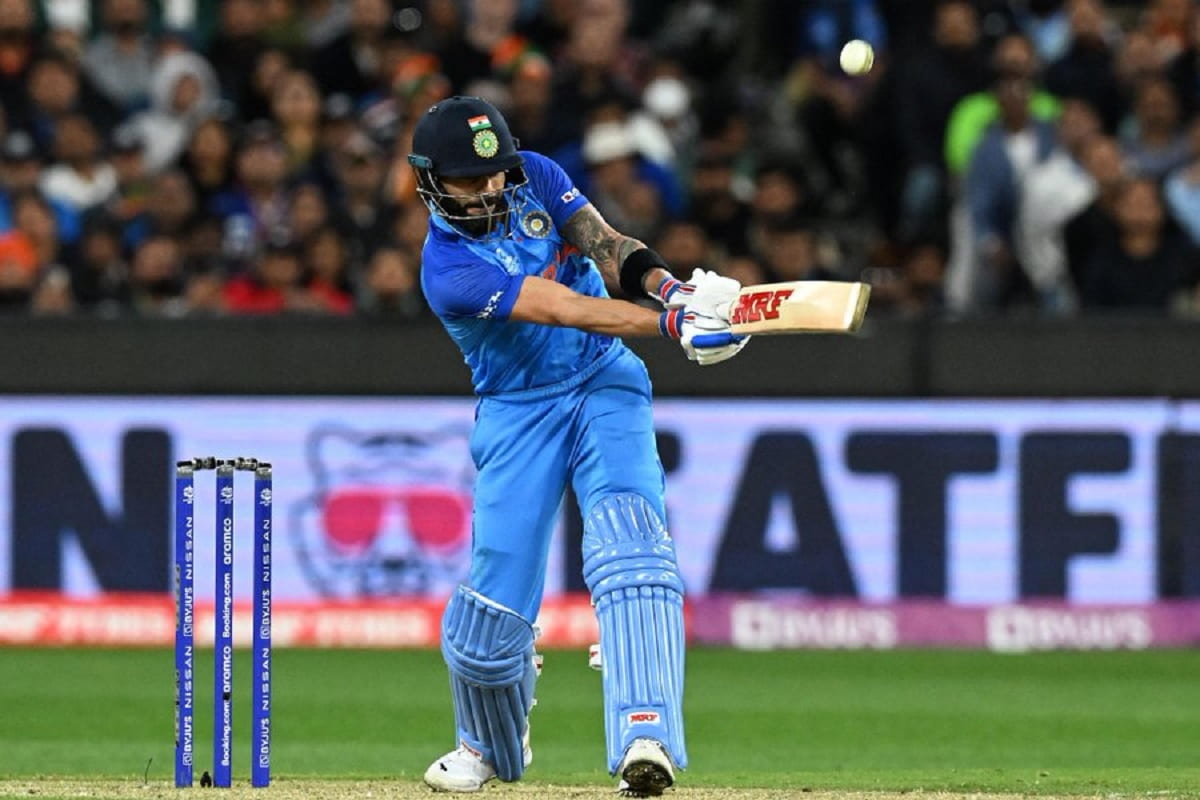 The thrilling Super 12 match of the Men's T20 World Cup at the iconic Melbourne Cricket Ground between India and Pakistan not only produced a few iconic moments but the exciting clash witnessed a controversy as well.

India registered a dramatic four-wicket win over Pakistan in their T20 World Cup opener on Sunday. The side chased down a 160-run target in exactly 20 overs, with former captain Virat Kohli producing a masterclass of batting, slamming an unbeaten 82 off 53 balls.


WATCH: Virat Kohli's Two Sixes Against Haris Rauf Which Turned The Match Around For Team India

The final over during India's run chase produced some drama. With 13 required off three balls, Kohli smashed a six off Mohammad Nawaz over deep mid-wicket on a waist-high full toss, which was called a no ball and deemed a questionable free hit by the umpires, leaving Pakistan skipper Babar Azam and the team confused.

It was followed by a wide which extended the free-hit ball. In the next ball, Nawaz succeeded in bowling Kohli out, but since it was a free hit, the former India captain was safe.

Virat along with Dinesh Karthik, ran three byes as the ball trickled down towards third-man. But controversy ensued after the Pakistan players including captain Babar had a discussion with the umpire on whether the runs should be awarded to the Indian team. Eventually, on-field umpires gave the runs in India's favour.

According to the commentators, it seemed Babar wanted the delivery to be called a 'dead ball' since it hit the stumps.

But what does the rule say? Can a batter run off a free hit despite being bowled?

According to the MCC Laws of Cricket, the ball can only become dead when "it is finally settled in the hands of the wicketkeeper or of the bowler", or when "a boundary is scored."

The ball can also be called a dead ball when "a batter is dismissed. The ball will be deemed to be dead from the instant of the incident causing the dismissal."

The said law - 20.1.1 - also states the other different ways of declaring a ball dead, including the times when the umpire has the authority on the decision. With regards to the ball hitting the stumps, the umpire can call the ball dead when "one or both bails fall from the striker's wicket before the striker has had the opportunity of playing the ball."

Since a free-hit only allows four modes of dismissals -- handled the ball, hit the ball twice, obstructing the field and run out -- and bowled not being one of them, India were awarded the bye as the ball was still in play.

As India needed 5 runs to win in three balls before the delivery was bowled, the equation came down to 2 needed in as many deliveries. While Karthik was stumped out on the next delivery, Ashwin kept his calm to guide India to win with a lofted shot over mid-off off the last ball.