Indian Bowlers and the pitch have finally woken up in Kanpur as New Zealand lost three wickets in the 2nd session of the first test match at Green Park Stadium, Kanpur. 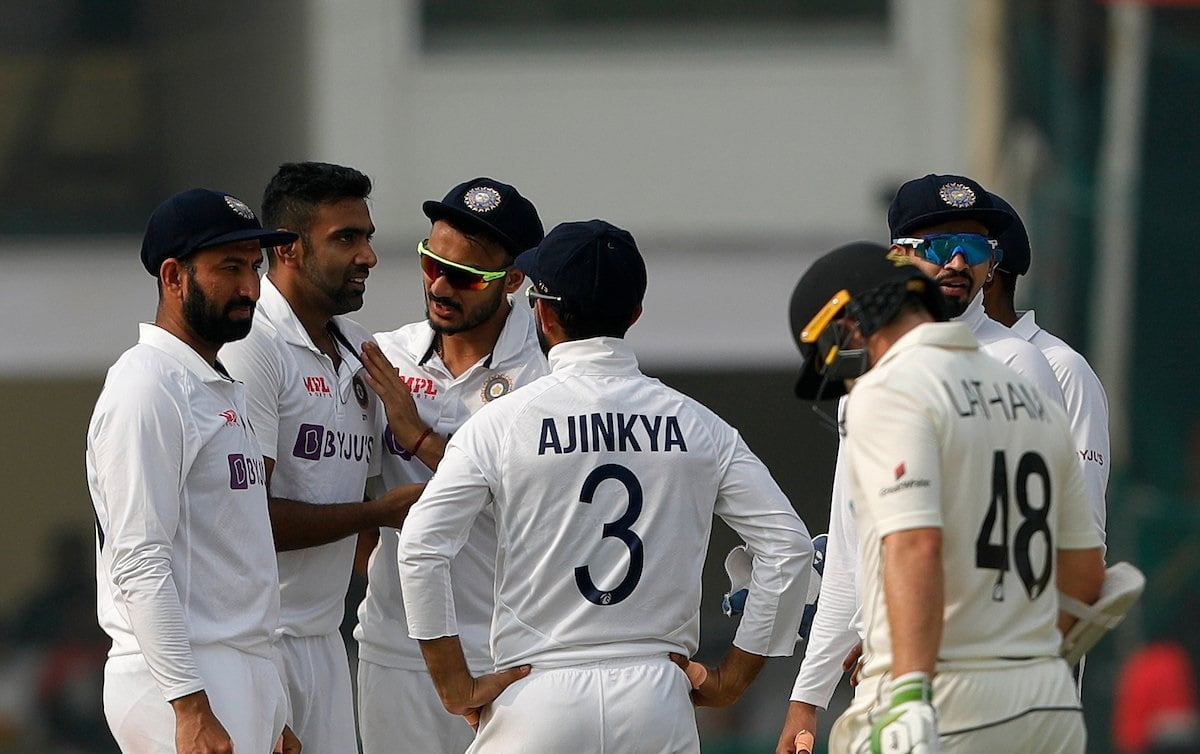 Resuming the session at 79/1, New Zealand lost nightwatchman William Somerville on the first ball after lunch as he tried to pull Umesh Yadav. He scored 36 and added 76 runs for the second wicket.

Kane Williamson joined Tom Latham at the crease and the two continued to defend. Latham's only attacking shot was a sweep, the rest he kept defending. Williamson, too, only attacked when he got any opportunity.

Indian bowlers kept bowling tight lines. Ashwin was finally rewarded for his discipline in the form of Latham, who chopped on the ball into his stumps. Latham scored 52 from 146 balls.

Williamson was joined by Ross Taylor at the crease. India's disciplined bowling got yet another reward as Taylor was struck in front off Ravindra Jadeja at the stroke of tea.