India had yet another perfect day in Mumbai where they dominated in all departments to keep New Zealand guessing. 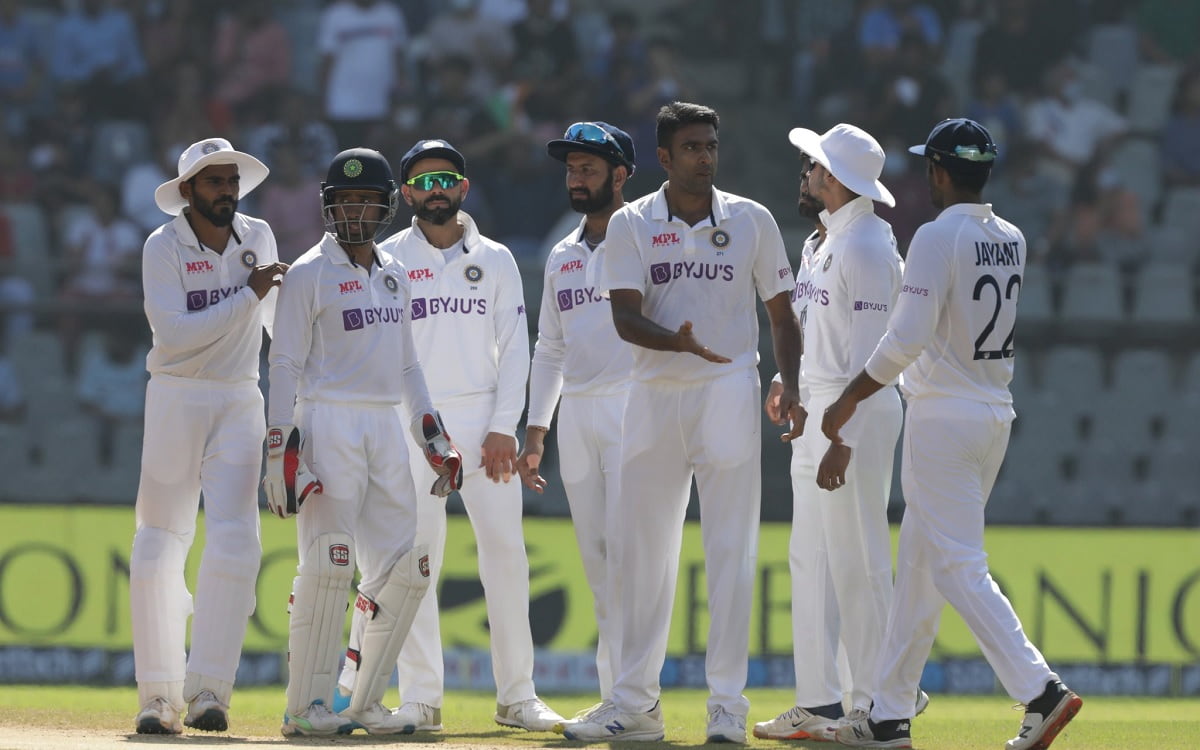 Resuming the day at 69/0, Mayank Agarwal and Cheteshwar Pujara looked solid as they added 107 for the opening wicket. Mayank scored 62 runs before Ajaz got him caught at the boundary. 4 overs later, Ajaz removed Pujara as well for 47.


The Speed & Bounce Of Australian Pitches Will Suit Ben Stokes On 'Both Fronts', Reckons Alastair Cook

New Zealand had already employed the bodyline-short ball tactic against the Indian batters. Shubman Gill and Virat Kohli played the pacers well and didn't fall to the tactics. However, Ajaz continued to get turn and bounce that troubled the batters.

Kohli and Gill batted solidly to add 82 runs for the third wicket. Gill was the aggressor among the two and scored 47 from 75 balls before Rachin Ravindra got him out.

Shreyas Iyer struck two sixes right after coming to the crease but Ajaz Patel got him out stump soon. In the next over, a well-set Kohli chopped one onto the stumps as India lost half their side at the score of 217. Wriddhiman Saha got out soon trying to hit a lofted hit, hinting at a possible declaration in the next few overs.

Axar Patel smashed 41 off 26 balls with the help of three fours and four sixes as India declared at 276/7.

The final session saw New Zealand batters coming in with an aggressive approach and trying to take on the Indian bowlers. Will Young scored four boundaries for his 20 before Ashwin got him out caught at short leg.

Ross Taylor faced just eight balls and played one of his forgettable knocks and departed trying to slop sweep Ashwin for a six. Kiwis didn't slow down their aggressive approach as Daryl Mitchell smashed 60 off 92 balls, adding 73 runs with Henry Nicholls for the fourth wicket.

Tom Blundell got run out trying to sneak in a quick single to get off the mark. With half side down, New Zealand slowed down their tempo. Nicholls and Rachin Ravindra played 49 balls to score 11 runs before stumps were called on day 3. New Zealand still need 400 runs to win the 2nd test.