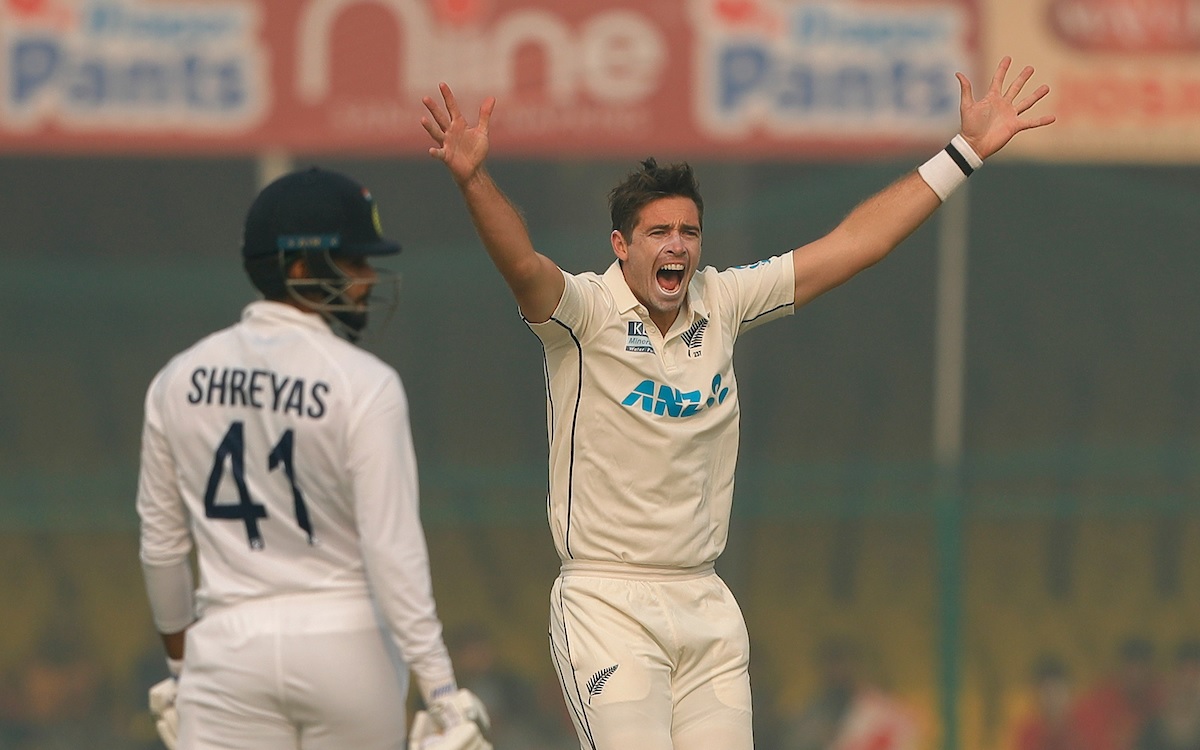 Resuming the day at a strong position of 258/4, Ravindra Jadeja and Iyer took stance to face the new ball. Southee struck early as he removed Jadeja, who couldn't add to his overnight score of 50.

Iyer looked confident and smashed five boundaries in the morning before becoming the 16th Indian batter to score a Test ton on debut.

Wriddhiman Saha couldn't support him well and got out scoring just one run. Four overs later, Iyer, too, gave in to Southee's trap and tried to hit a cover drive only to get caught on the covers.

Southee got Axar Patel out in his next over to pick his 13th fifer of test cricket and became the first visiting fast bowler to take a five-wicket haul in Kanpur since 1980.

R Ashwin, however, got stuck at the crease and played his shots whenever he got a chance, to move to 38*. Umesh Yadav has survived 28 balls so far to give his support to Ashwin.