WATCH: Imran Tahir Strikes Back After Getting Hit For A Six

Pakistan Super League: In the 17th match between Lahore Qalandars and Multan Sultans, Lahore posted a total of 184/4 in 20 overs after being put in to bat first. Lahore Qalandars were dominant for the 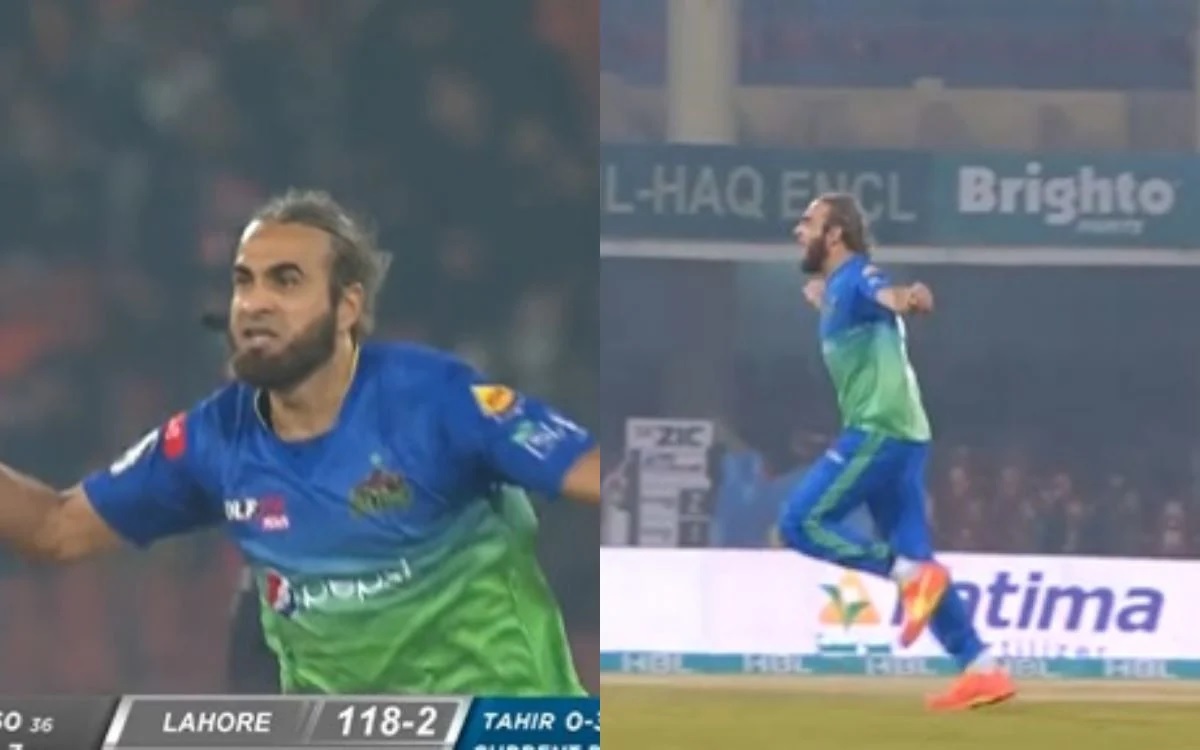 Pakistan Super League: In the 17th match between Lahore Qalandars and Multan Sultans, Lahore posted a total of 184/4 in 20 overs after being put in to bat first. Lahore Qalandars were dominant for the major part of the innings, but Multan's Imran Tahir didn't fail to entertain.

Imran Tahir gave away just 30 runs in his quota of 4 overs and picked up a wicket, and that too in the last over of his spell. The 42-year old was still wicketless when he was bowling his 4th overs, and Lahore's Fakhar Zaman smacked him for a six over long-off.


IPL Auction: What Is A Secret Bid? Will This Tie Breaker Come Into Play In IPL 2022 Mega Auction?

Old-aged Imran Tahir looked harmless against the Multan Sultans' batters, but not only did Tahir take his revenge by dismissing Fakhar afterwards but his 'vintage' celebration forced every cricket fan to adore this player and his spirit. Fakhar tried to take on the spinner for another six and smacked the ball towards long-off again but this time the ball didn't travel the distance.

Shahnawad Dahani was placed at the position and comfortably completed the catch. Imran Tahir burst into his vintage celebration after picking his first wicket in the last over of the spell.

While talking about the match, Multan Sultans posted 18/4 in 20 overs, courtesy of Fakhar Zaman's 60 and valuable contributions from Kamran Ghulam (42) and Hafeez (43). Anwar Ali, Shahnawaz Dahani, Abbas Afridi and Imran Tahir picked up 1 wicket each for Multan Sultans.