Important to focus on game rather than occasion,says Rohit Sharma 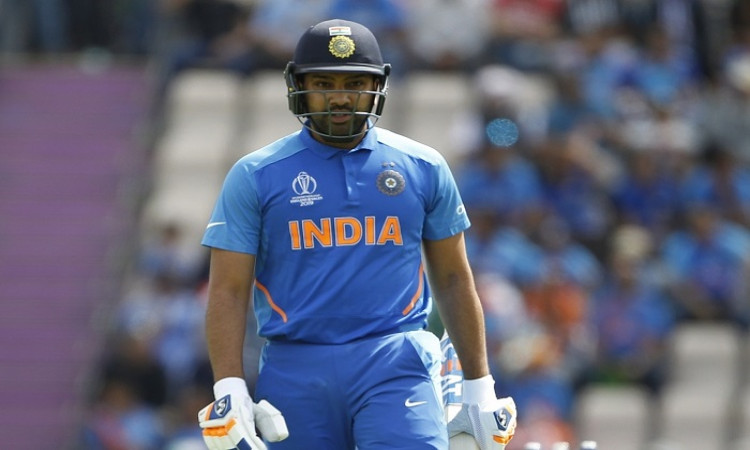 Leeds, July 7 (CRICKETNMORE) Indian opener Rohit Sharma, who has been in impeccable form in cricket World Cup 2019, is not subdued by the pressure of playing in a big tournament, but rather focuses on his strengths and the particular game he is playing.

On Saturday, Rohit smashed his third consecutive hundred in the ongoing tournament to help India beat Sri Lanka by seven wickets and finish at the top spot after the league stage.

The Mumbai-born player has so far amassed 647 runs in eight matches in the tournament with a record five centuries.

"It was an important tournament for us. We had some really good form coming into the tournament. As a batting unit and as a top order batsman, I would not say it was my job, rather I wanted to carry on the form which I had in the recent past and try and see what we can do," Rohit said during a conversation with skipper Virat Kohli for BCCI TV.

"When in the first game, we started off really well against South Africa, it felt really good. After that, I had the confidence that we can continue to do well. As a cricketer, we know we don't have to look in the past. So, I am focusing on the present and looking where we can take the team as a batting unit," he added.

When asked about his preparations for a tournament like the World Cup, Rohit said: "World Cup is a premier tournament. The focus has to be on your routine, what you do in your bilateral games. So, it's important to focus on the game rather than the occasion.

He will have the chance to surpass legendary batter Sachin Tendulkar for the most number of runs in a single World Cup edition when India take on New Zealand in the semi-finals on Tuesday at the Old Trafford.