If I had to be an Indian bowler, would be Ishant: Archer 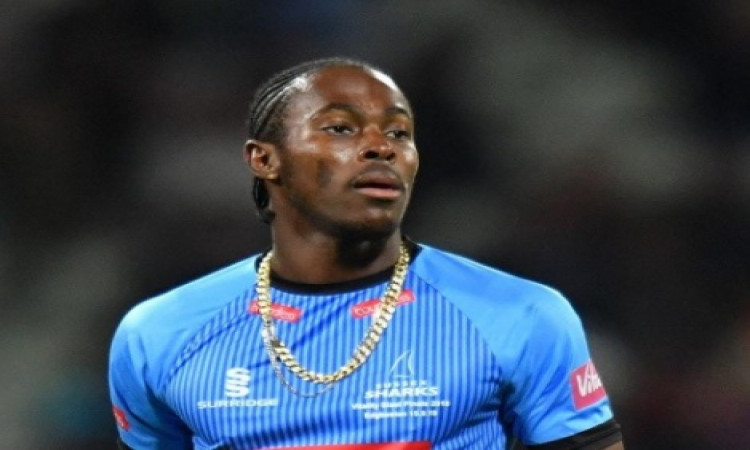 May 29 (CRICKETNMORE) Jofra Archer is a bowler who even India skipper Virat Kohli rates as the ‘X-factor for favourites England as the 2019 World Cup gets underway on Thursday. But behind the joy and feeling of accomplishment, to have made it into the England squad for the showpiece event, is days of hardship and hard work for Archer. He wasnt picked in the provisional squad and was only included after some quality spells in the series against Pakistan in the lead-up to the World Cup. Not to forget former England players backing his inclusion.

Archer said that the best part is that he has been welcomed into the dressing room and nothing else matters. Having played with a few of the English players in the Indian Premier League -- Jos Buttler and Ben Stokes -- also helped as far as the latest pace sensation is concerned.

"It's been incredibly welcoming and I've felt a part of the team straight away. I think it's helped going into the room where I've played IPL cricket with a few guys. I've been made to feel like the guys are happy to have me there, so I'm happy.

"It seems pretty whirlwind. I had it quite tough when I first arrived here, I took a big chance and you're not guaranteed that it'll pay off. With playing for England, I'd set myself for a seven year wait. To be here now, it seems very much worth the wait," he explained.

The Indian bowling attack is one which has been the most talked about going into this World Cup and asked to pick one bowler in the Indian set-up who has impressed him the most or someone who he feels he can emulate or learn a trick or two from, the tearaway pacer decides to bowl the perfect googly. He picks none other than India pacer Ishant Sharma. While Ishant has been the pace spearhead in Test cricket for India, he has failed to break into the limited-overs team. But Archer fancies the lanky India fast bowler.

"Ishant spent last summer with us at Sussex and he pretty much reminds me of myself. He swings the ball in and doesn't swing it away too much, so I think both of us are same as he is also tall. So, if I wanted to be an Indian bowler it probably would be Ishant," he smiled.

While getting selected into the English side is one thing, performing on the big stage will be a different ball game. But Archer believes that playing in front of the packed crowds in the IPL will help boost his confidence.

"It really has to be the most people I have played in front of. More people than Big Bash, BPL etc. I think it really challenges your skills as there is a lot of pressure and you have a lot of quality players and you can't take anything for granted," he pointed.

With Kohli calling him the "X-factor" and him saying he would want to dismiss Kohli in this tournament, are there any special tricks up his sleeves to counter the run-machine or some of the other star players across teams, Archer refuses to divulge much.

"You just got to keep practicing and believe in your abilities and skills. Sometimes it can be the day of the batsman as they are also good players and you have to understand that," he signed off.