If Asaram Bapu & Ram Rahim failed to escape law, who is Shami: Jahan 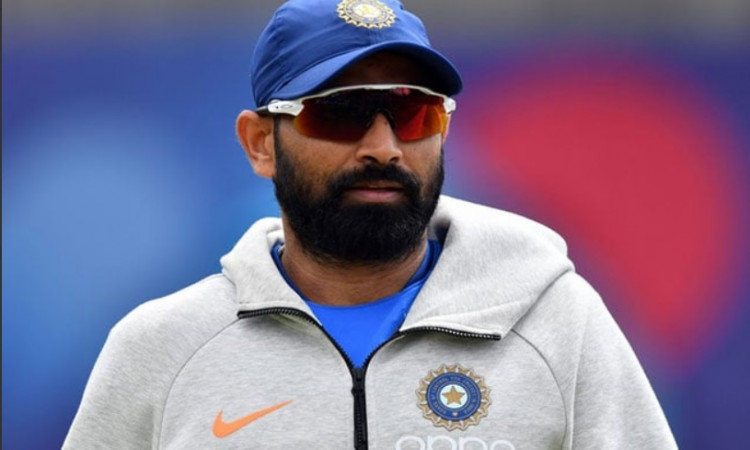 Sep 3 (CRICKETNMORE) Mohammed Shami's estranged wife Hasin Jahan on Tuesday said if Asaram Bapu and Ram Rahim could not evade the law and were punished for their crime, the Indian pacer would also get the same treatment a day after an arrest warrant was issued against him by the Alipore court in the city following domestic violence accusations levelled by her.

"If Asaram Bapu and Ram Rahim failed to escape the law, who is Shami in front of them?"

"Shami has been getting BCCI support and some big cricketers' support all this while. Otherwise he would have rectified his mistakes. But because of some blackmailers also, he is not. This won't go on for long."

The court of Additional Chief Judicial Magistrate, Alipore, gave 28-year-old Shami -- who helped India whitewash the West Indies 2-0 in the Caribbean on Monday -- and his brother Hasid Ahmed 15 days to surrender and apply for bail.

The warrant was issued as the brothers did not appear before the court even once after the hearing started.

"I have been fighting for one and half years. I was getting hopeless. I was not financially strong nor did I have any kind of support. I was running from pillar to post but I failed to find a ray of hope and was giving up," said Jahan.

"It was like this case will get brushed under the carpet. But thanks to Allah, truth always wins. All allegations I had levelled on Shami have been proven right. The judicial system is the same for all. I am really happy and thankful for giving me justice and understanding my pain."

Asked if she feels Shami will get away once again being a star India cricketer, Jahan said: "What power will he show? He is getting support and will get support but he cannot hide his sins.

The arrest warrant came around six months after the police filed a charge sheet against Shami under Sections 498A (domestic violence) and 354A (sexual harassment) of the Indian Penal Code.

Jahan had, in 2018, filed a police complaint levelling multiple allegations against the cricketer and four of his family members. The allegations also included rape by Shami's elder brother, attempt to murder and physical assault. However, the police dropped these three allegations while framing the charge sheet.

News of the cricketer's marital discord became public last year, when Jahan, a former model, took to Facebook to accuse him of domestic violence and extra-marital affairs with a number of women.

Shami, who made his debut for India in 2013, reached the landmark of 150 Test wickets in the just concluded Test match in the West Indies -- the 42nd of his career.