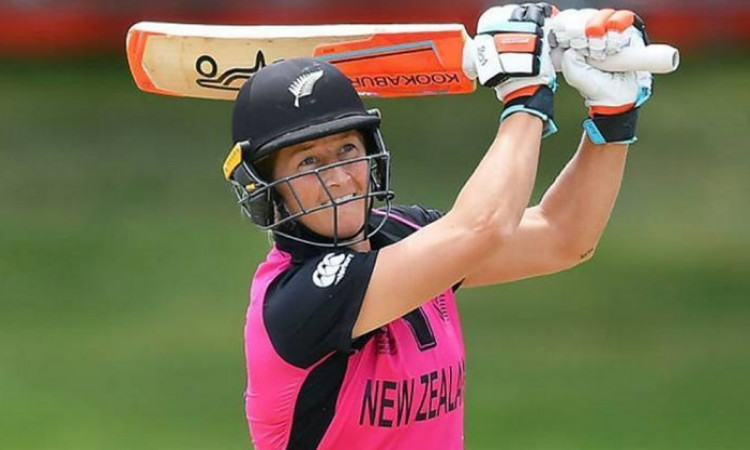 It took time for New Zealand to get the 128-run chase going but captain Devine led by example, becoming the only player, male or female, to register more than five consecutive 50+ scores in the format, en route to the seven-wicket victory.

The Sri Lanka openers put on an impressive 60 for the first wicket, with Devine, Leigh Kasperek and Lea Tahuhu all unable to find a Powerplay breakthrough.

But up stepped teenager Amelia Kerr to cause problems on the fast track, the 19-year-old claiming the first wicket of the evening when she bowled Perera for 20 in the eighth over.

Perera didn't fall without her fine moments though, her scoop over wicket-keeper Rachel Priest giving the Sri Lankan contingent at the WACA plenty of reason to cheer.

Atapattu's 41, which included five fours and two sixes, built a solid base but the Sri Lanka captain was caught and bowled by the pacey Tahuhu.

The White Ferns were able to put the brakes on thereafter, Jensen claiming two wickets in an over when Anushka Sanjeewani's attempt over the top was caught by Bates running back before Devine caught Shashikala Siriwardena at short mid-wicket.

Nilakshi de Silva was the next to fall as the middle-order crumbled, Kerr taking the catch at backward point for Devine's first wicket before the spinner got a second breakthrough of her own.

Harshitha Madavi kept fighting with an unbeaten 27 off 26 balls but Sri Lanka finished at 127 for seven as Jensen bagged her third.

The White Ferns chase started slowly, openers Devine and Priest failing to take advantage of the Powerplay before the latter was run out by Madavi for six.

Held at 25 for one after six overs, New Zealand were lagging a fair way behind Sri Lanka who were 51 without loss at the same stage, with Devine not at her fluent best.

But the skipper ground it out in Perth, joining up with Bates for a 40-run second-wicket stand to steady the ship.

Bates perished at the hands of Kavisha Dilhari but Maddy Green came in at four and guided the chase superbly, taking the pressure off her skipper with a career-best 29 off 20.

With less than a run-a-ball required, Devine finally freed her arms - two sixes finishing off the chase with two overs to spare as the White Ferns tasted early success in Group A.