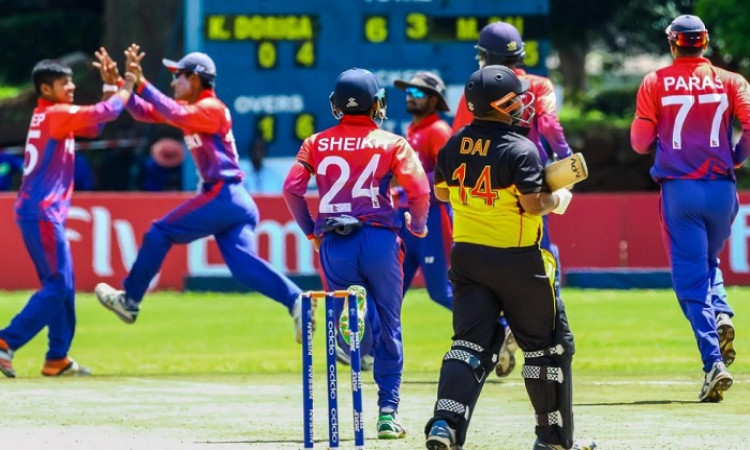 Dubai, Oct 1:  The ICC has welcomed the Cricket Association of Nepal (CAN) central elections, which were conducted during its recently concluded AGM in Kathmandu which was inaugurated by the country's Minister for Youth and Sports, Jagat Bahadur Sunar Bishwakarma.

The elections were overseen by the Independent Panel formed under the provisions of the CAN constitution and comprised three ICC nominated representatives, Ammar Shaikh, Senior Manager - Strategic Projects, Muhammad Ali, Head of Internal Audit and Niteesha Kothari, Finance and Operations Officer - Asia along with Lekh Bahadur Chhetri nominated by the National Sports Council and Thakur Pratap Thapa nominated by the CAN Central Working Committee.

Also Read: Bumrah will be missed, but we have back-up: Sachin Tendulkar

The elections were conducted more than three years after Nepal's national cricket body was suspended in 2016 for breach of the ICC's regulations.

Speaking on the elections, ICC Deputy Chairman Imran Khwaja said: "We are delighted with the momentous developments in Kathmandu, which is the culmination of the ICC led governance reform process over the last three years and has resulted in a united cricket fraternity in Nepal.

"My congratulations go out to all Nepal cricket stakeholders including the fans, players, administrators, as well as the Nepal Government and the National Sports Council on this historic milestone. I am particularly thankful to the Nepal Advisory Group who formulated the current CAN constitution, and the Independent Panel who have overseen the election process at district, provincial and central levels," Khwaja was quoted as saying by the ICC.

He also hoped that the newly elected Central Working Committee in place, Nepal will replicate this progress off-the-field too.