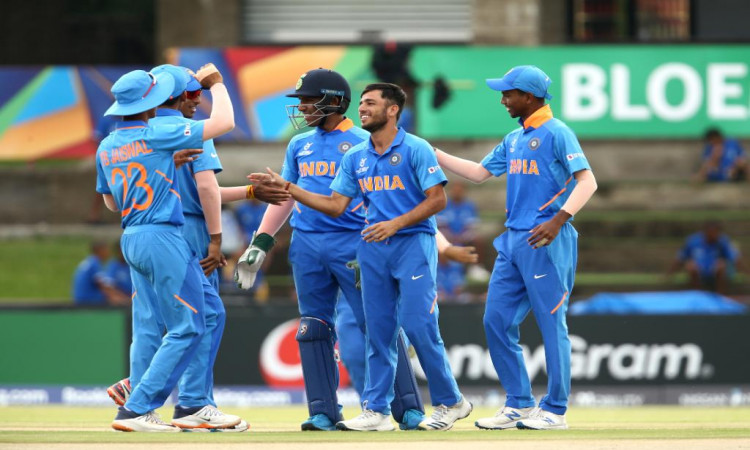 Bloemfontein (South Africa), Jan 21: Indian colts on Tuesday made a mockery of Japan, who were making their debut in the Under 19 World Cup, as they won their second Group A game by 10 wickets in what turned out to be a completely one-sided contest.

Making their debut at the tournament after having their first match washed out against New Zealand, Japan were bundled out for a mere 41 runs inside 23 overs after being put into bat at the Mangaung Oval. None of their batsmen were able to reach the double-digit mark and five of them were dismissed for a duck. In fact, the highest contribution was made by extras -- 19.

Shu Noguchi (7) and Kento Dobell (7) emerged as the joint highest run-scorer among the Japan batters. Japan's total of 41 was the joint second-lowest score in the history of Under 19 World Cup. Canada and Bangladesh were the other teams to get bowled out for 41 in 2002 and 2008 editions of the tournament respectively.

Spinner Ravi Bishnoi was pick of the Indian bowlers as he picked up four wickets and finished with astounding figures of 4/5. Kartik Tyagi scalped three whereas Akash Singh and Vidyadhar Patil picked up two and one wicket respectively.

Chasing the target, Yashasvi Jaiswal and Kumar Kushagra took the Indian colts across the line inside five overs.

While Jaiswal scored unbeaten on 29, which included 5 fours and a six, Kushagra scored 13* with the help of two boundaries.

"I am really happy, it is my first Man of the Match award for my country and I am very excited. Planning was pretty clear and I executed well. I will continue with this performance in the upcoming matches too," said Bishnoi who was adjudged the Player of the Match.

India are sitting pretty at the top of Group A with four points and are virtually into the quarter-finals.

The Indian colts will next face New Zealand on Friday whereas Japan face Sri Lanka on Saturday.