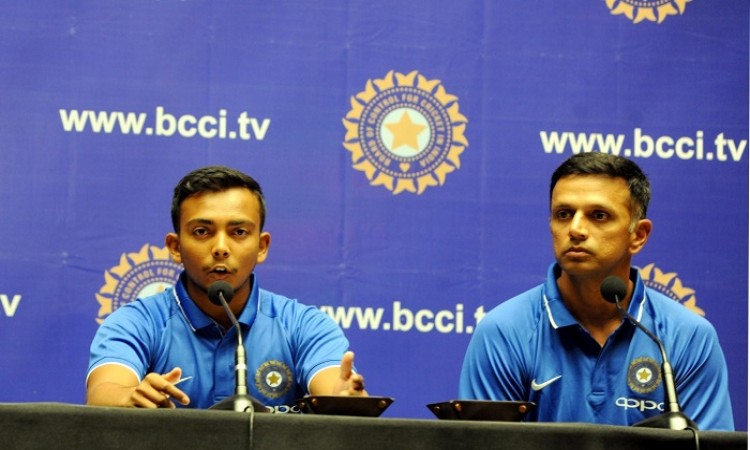 "We have brought the World Cup back and everybody, including the support staff, has worked hard for last more than one year. The way we planned it, it was well executed on the ground and hence we lifted the World Cup," Shaw told reporters on arrival here.

"I am very happy and proud. I played a lot of school cricket and scored heavily there and then the Ranji Trophy but when we represent India, it's a different feeling," he added.

Hailing from Virar, a small down in Palghar district near Mumbai, Shaw said the road for him was not easy and he is finally happy to win it.

"Becoming World Cup captain I can't express in words the feeling and thanks to everyone.

"It was a difficult journey for me starting where I used to live in Virar. All credit to my dad he was the only who took me (everywhere). He used to take me to match practices and it was far away from my home in Virar."

"It used to take two hours, the journey from the train and it was difficult in those days. In the past two-three years I am working hard to play for India Under 19," said Shaw, who scored a hundred in Ranji and Duleep Trophy debut.

"It is all about experience, when you are 7-8 years old you start playing school cricket and score runs, my coaches from school level to Rahul Dravid sir now, all those small, small things, the experiences make a difference," he said.

Shaw scored 261 runs including two fifties during the tournament in which India won all their matches and were dominant throughout the meet.

In the final, the Rahul Dravid coached side beat Australia by eight wickets.