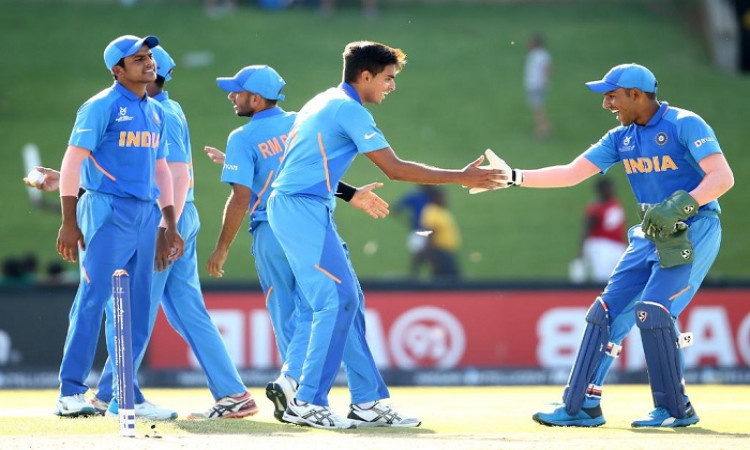 Bloemfontein (South Africa), Jan 19: India kicked off their Under 19 World Cup 2020 campaign on a winning note as they beat Sri Lanka Under 19 by 90 runs at the Mangaung Oval in Bloemfontein on Sunday.

Put in to bat, India Under 19 scored 297/4 on the back of fifties from Yashasvi Jaiswal, skipper Priyam Garg and Dhruv Jurel.

The pair of Jaiswal and Divyaansh Saxena gave India Under 19 a 66-run opening stand before the latter got out for 23. N Tilak Varma then joined forces with Jaiswal and the two added 56 runs for the second wicket before Jaiswal, after scoring 59 off 74 balls, was dismissed.

Tilak Varma and skipper Garg then stitched India Under 19's third successive fifty-plus run-partnership. While the former missed out on a half-century, Garg completed his fifty before being dismissed by Kavindu Nadeeshan for 56.

Wicketkeeper-batsman Jurel, who scored an unbeaten 52, though made sure India Under 19 get close to 300-run mark.

In the chase, Sri Lanka Under 19 lost Navod Paranavithana early. However, Kamil Mishara and Ravindu Rasantha denied India Under 19 any immediate success as the two added 87 runs together. But India Under 19 struck twice in quick succession, removing both the batsmen in the space of seven runs.

India Under 19 will next face Japan Under 19 on Tuesday.