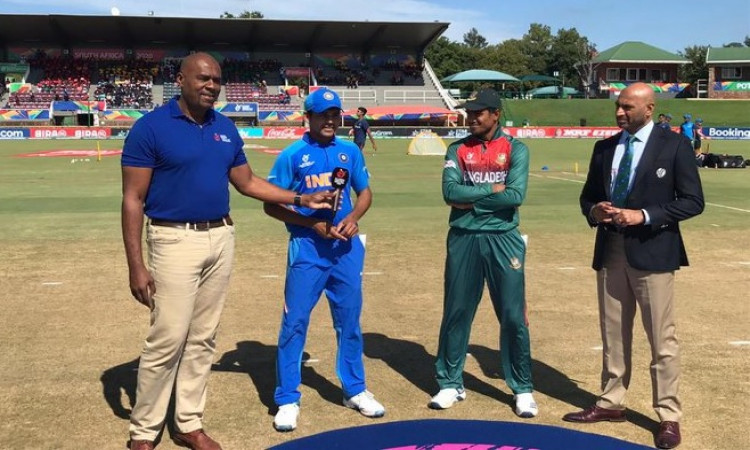 Potchefstroom (South Africa), Feb 9:  Bangladesh on Sunday won the toss and chose to bowl first in Potchefstroom in their ICC U19 World Cup final against India. Bangladesh are looking for their maiden title in what is their first ever final while favourites India are looking to win a record extending fifth.

Bangladesh captain Abu Jayed announced one change to the team that won the semi-final against New Zealand. India, on the other hand, are unchanged.

India have thus far won all matches they have played in the tournament. In the semi-final, a century from Yashasvi Jaiswal and a fifty from Divyaansh Saxena helped them beat Pakistan by 10 wickets to cruise to the title clash.

Bangladesh, on the other hand, beat New Zealand by six wickets to reach the final. It is the first time that any Bangladesh side have reached the final of an ICC tournament.