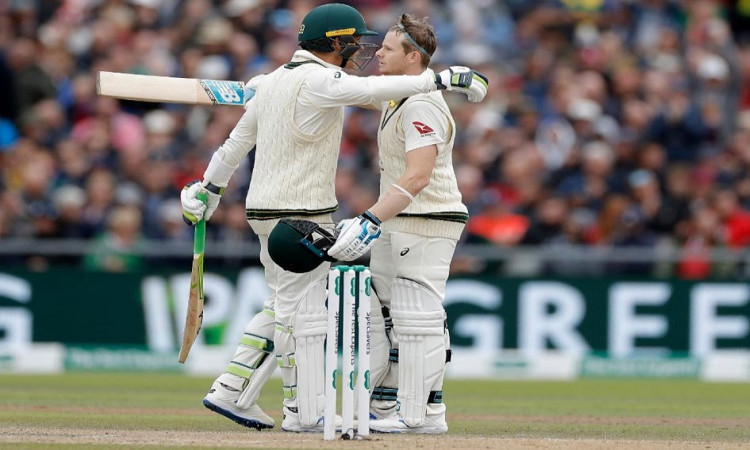 Sep 5 (CRICKETNMORE) Australia's Steve Smith is back to doing what he does best at Old Trafford after he had to sit out the third Ashes Test due to injury. Smith scored his 26th Test ton and his third in four innings as the crowd at Old Trafford witnessed some top quality batting.

Smith shared a partnership of 116 with Marnus Labuschagne accross the first two days of the Test. In the middle of that on Day 1, a beachball rolled onto the pitch just as Smith was getting ready to face a delivery from Jofra Archer. The ball rolled towards where the 30-year-old was standing and he swept it away to the square leg boundary.

ICC tweeted an image of Smith sweeping the ball away with the caption that said: "How most batsmen see them vs How Steve Smith sees them." Smith has been in extraordinary form in the Ashes and his lowest score this series is 92.

Days after overtaking Virat Kohli as the number one ranked Test batsman, Smith produced another master-class to rack up his 26th hundred in the longest format as Australia rode his heroics on the second day of the rain-affected fourth Ashes rubber.

Smith raised his bat as his teammates from the dressing room applauded in a fashion which showed the inevitability of yet another landmark from this run-machine who returned to the team on the back of a concussion injury.