Former India skipper Virat Kohli gave reason to Indian cricket fans the to celebrate Diwali a day earlier with his unbeaten 82-run knock against Pakistan at the packed MCG. 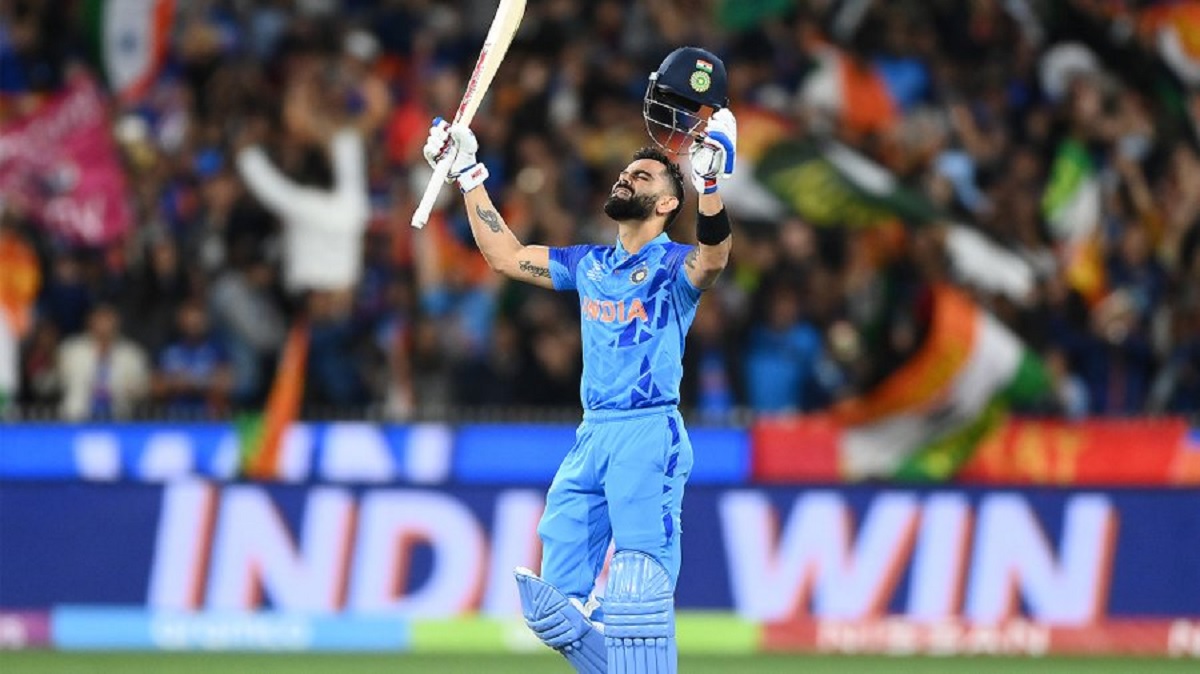 Former India skipper Virat Kohli would certainly have left Pakistani fans in a daze and the Indian cricket aficionados celebrating Diwali a day earlier with his unbeaten 82-run knock at the packed Melbourne Cricket Ground on Sunday.

No words are enough to describe the feat and the cricketer himself indicated he was amazed by what he had achieved. Kohli has been one of the best chase masters across the five T20 World Cup campaigns he has been part of, scoring 541 runs at a strike rate of 135.92.

Dismissed only twice in his 10 knocks, the 33-year-old's latest match-winning effort means his average has soared to a mindboggling 270.50. Outside of a 2 not out against Scotland coming in at the end of their winning chase in 2021, Kohli's lowest score is 23 (27 balls) in Nagpur back in 2016.

It took every bit of a Kohli master-class for India to prevail over Pakistan in a stadium packed with nearly 100,000 spectators. Kohli came to the crease in the second over when KL Rahul (4) fell to Naseem Shah, and after a powerplay of 31/3, and 31/4 straight after with the loss of Axar Patel, Pakistan were in absolute control. Kohli and Hardik Pandya then began the uphill task of setting the house in order.

The duo put on 103, and set up a final assault. Pandya fell on the first delivery of the final over, though Kohli carried on, putting Mohammad Nawaz into the stands off a waist high full toss to make it six runs required from the final three deliveries. He smartly ran three byes after the free hit made a mess of his stumps, and watched Ravichandran Ashwin loft over the off-side to deliver victory.

"The calculation was simple. Nawaz had one over to bowl, so if I could take Haris down, they would panic. From 28 in 8 balls, it came down to 16 in 6. I tried to stick to my instincts. The first one was back-of-a-hand slower ball (the one over long-on). Standing here I just feel like it was meant to be. Till today Mohali was my best innings against Australia. Today I will count this one higher," said Kohli.

Kohli showed calm in the chase of 128 on a slow R. Premadasa Stadium surface. As the Pakistani batters tried desperately to up the run-rate and managed just 128 in a Group match of the T20 World Cup, Kohli, who came following the departure of Gautam Gambhir, made just 16 from his first 19 deliveries. He then made a statement with a superb drive over Shahid Afridi for six in the first over after the powerplay. He finished with eight fours and two sixes, cruising to victory with 18 balls to spare, and keeping his team alive in the competition.

South Africa had never lost a T20I after posting a score in excess of 170 to this point, and after making 172 in the 2014 T20 World Cup semifinal, the Proteas were the favourites to make it to the title round. However, Kohli had other ideas, coming up with an unbeaten 72 from 44 balls, with 32 runs coming from boundaries. Needing 40 off the last four overs after losing Yuvraj Singh, Kohli was joined by Suresh Raina. Just one of the three dot balls in his innings came at the death, and the consistent flow between him and his partners moved India to victory with five balls to spare.

As rain lashed the Eden Gardens, the surface became conducive for bowlers. With the pressure of keeping the 2016 campaign in their control on the shoulders of the batters after the match was reduced to 18-overs-per side, Shoaib Malik's 26 (16 balls) was the best from the opposition. With Yuvraj Singh (24 runs) to keep him company, Kohli committed to his shots and brought up his half-century. India went on to seal victory with 13 balls to spare.

The only knock perhaps to rival the MCG heroics, it was Kohli's efforts in a crucial 2016 T20 World Cup match that solidified his chasing prowess. Taking on Australia in a Super 10 match, India were set 161 for victory, with the required rate in the chase climbing over 10, and eventually close to 12 with four overs left. Kohli timed his runs to perfection though, taking 19 runs off the 18th over from James Faulkner, and 16 of Nathan Coulter-Nile. Faulkner returned, though Kohli clubbed him into the leg-side to put the icing on the cake on his 11-boundary performance.