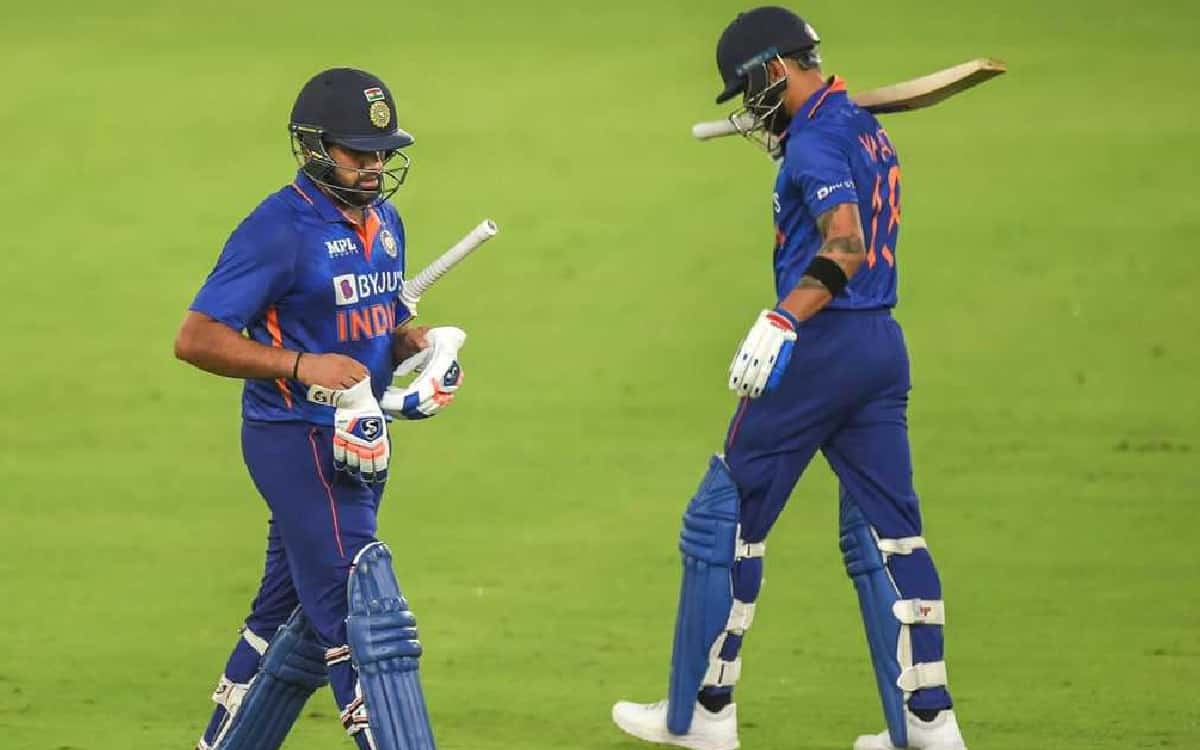 Pakistan captain Babar Azam (873 points) and former India captain Kohli continued to hold on to the top two spots, but Rohit, with 807 rating points after his fifty in the first ODI of the three-match series against the West Indies, is sneaking in on Kohli, who is at No. 2 in the ODI Batting Rankings with 828 rating points.

On the other hand, West Indies batter Shai Hope lost out on valuable points and slipped out of the top 10 of the ICC Men's ODI Batting Rankings after the first ODI against India. As a result, Pakistan's Fakhar Zaman and England's Joe Root broke into the top 10 of the batting rankings.

Meanwhile, in a major leap, Oman's Jatinder Singh, who made a hundred in the first match of the UAE series, part of the ICC Men's Cricket World Cup League 2, jumped 26 places to break into the top-100 of the batting rankings.

Jatinder is the second-highest run-scorer in the League 2 tournament with 594 runs in 23 matches.

However, there was no movement in the top-10 of the bowling rankings, but West Indies' Jason Holder, following his half-century in the first ODI against India, went up four places in the all-rounder rankings to get into the top-20.