South Africa opener Janneman Malan and Pakistan pacer Fatima Sana on Sunday were adjudged as the ICC emerging players of the year for 2021 in men's and women's sections respectively. Malan, na 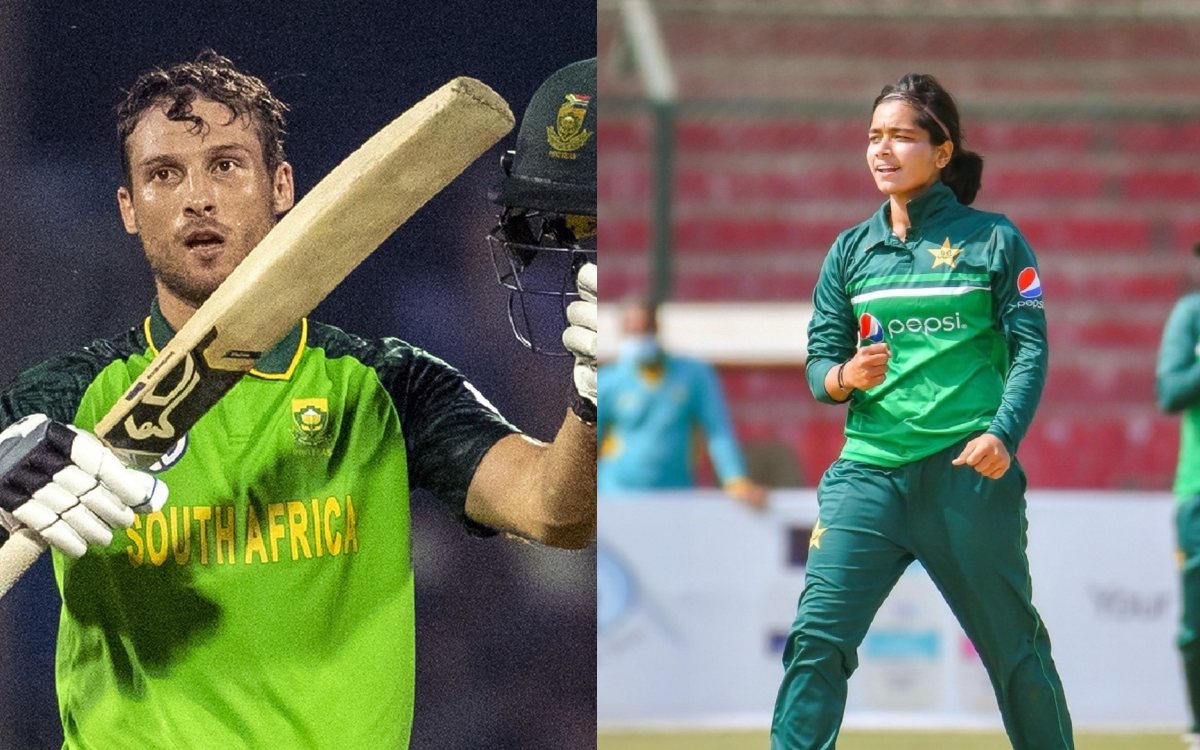 South Africa opener Janneman Malan and Pakistan pacer Fatima Sana on Sunday were adjudged as the ICC emerging players of the year for 2021 in men's and women's sections respectively.

Malan, named in ICC's ODI eleven of the year, had a stunning run in 2021 with the bat, making 715 runs in 17 international matches at 47.66 Average and 101.85 strike-rate, including two centuries and three fifties. He played a total of eight ODIs and nine T20Is in the year, but it was the 50-over format where he showed his real potential.

His voyage started with the T20I series in Pakistan, followed by another ODI and T20I series against the same side at home. At the end of those two series, he had already shown the world his ability with two excellent knocks of 70 and 55 in Centurion.

But his moment of fame arrived when he smashed an unbeaten 177, the fourth-highest score by a South African in ODIs, against Ireland in Dublin. He followed that up with another excellent knock of 121 against Sri Lanka in Colombo and thus ended the year on a good note.

Malan's most memorable knock was an unbeaten 177 against Ireland. He looked absolutely on a song that day and played numerous exquisite shots around the ground. Whether it was a spinner or a pacer, he treated them with equal disdain.

His innings consisted of a total of 16 fours and 6 massive sixes, which sums up how the bowlers suffered in that match. The 25-year-old also built a terrific 225-run opening stand with Quinton de Kock, who scored a century in that match as well.

In the women's category, 20-year-old Fatima impressed one and all with her all-round efforts, picking 24 wickets at an average of 23.95 and scoring 165 runs at 16.50 in 16 international matches. She became an integral part of Pakistan's ODI and T20I side owing to her wicket-taking ability as a bowler, and ability to add handy runs down the order at the same time.

Apart from playing at home, Sana toured Bangladesh, West Indies, South Africa, and Zimbabwe, delivering impressive all-round performances. In fact, 18 of her 24 wickets in the year came in the 11 matches she played against the West Indies.

Fatima showed a lot of heart against the attacking West Indies batters and succeeded in keeping them at bay. Batting at No.8, she registered unbeaten scores of 28, 22 and 17 against strong sides like West Indies, South Africa and Zimbabwe respectively.