Ireland cricketer Josh Little has been fined 15 percent of his match fee while his team-mates, Mark Adair and Harry Tector, have been reprimanded for breaching Level 1 of the ICC Code of Conduct in separate incidents during the third match of their ICC Men's Cricket World Cup Super League series against South Africa in Malahide, Dublin on July 16. 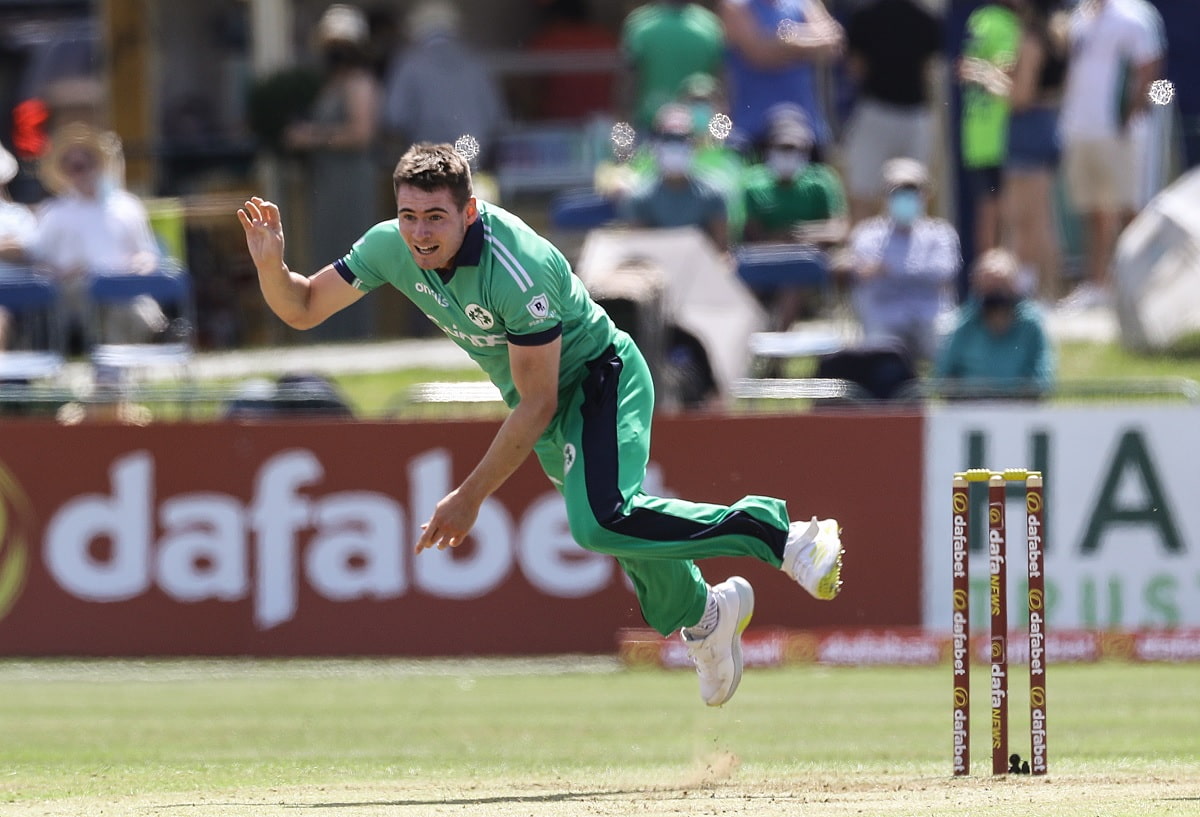 Ireland lost the high-scoring match to South Africa by 70 runs as the visitors came back after the loss in the second ODI to end the three-match series 1-1. The opening match of the series was abandoned due to rain.

In addition to this, one demerit point has been added to the disciplinary record of Little, for whom it was the second offence in 24 months, taking his cumulative demerit points to two.

The incident occurred in the 11th over of South Africa's innings. After Little had bowled a delivery to Quinton de Kock, he followed through on his run-up and made inappropriate physical contact with the batsman.

"Adair and Tector were found to have breached Article 2.3 of the ICC Code of Conduct for Players and Player Support Personnel, which relates to use of an audible obscenity during an International Match," ICC said.

Adair used abusive language during the 43rd over of South Africa's innings, after being hit for a four by Janneman Malan. Tector used an audible obscenity in the 16th over of Ireland's innings, when his appeal for a DRS review on being adjudged lbw was declined for being made late.

In addition to the official reprimands, one demerit point each has been added to the disciplinary records of Adair and Tector, both of whom did not have any previous offence in a 24-month period.

"All three players admitted the offences and accepted the sanctions proposed by Match Referee Kevin Gallagher and ratified by the ICC Cricket Operations department as per the COVID-19 interim playing regulations. There was no need for formal hearings," ICC said.

Level 1 breaches carry a minimum penalty of an official reprimand, a maximum penalty of 50 percent of a player's match fee, and one or two demerit points.