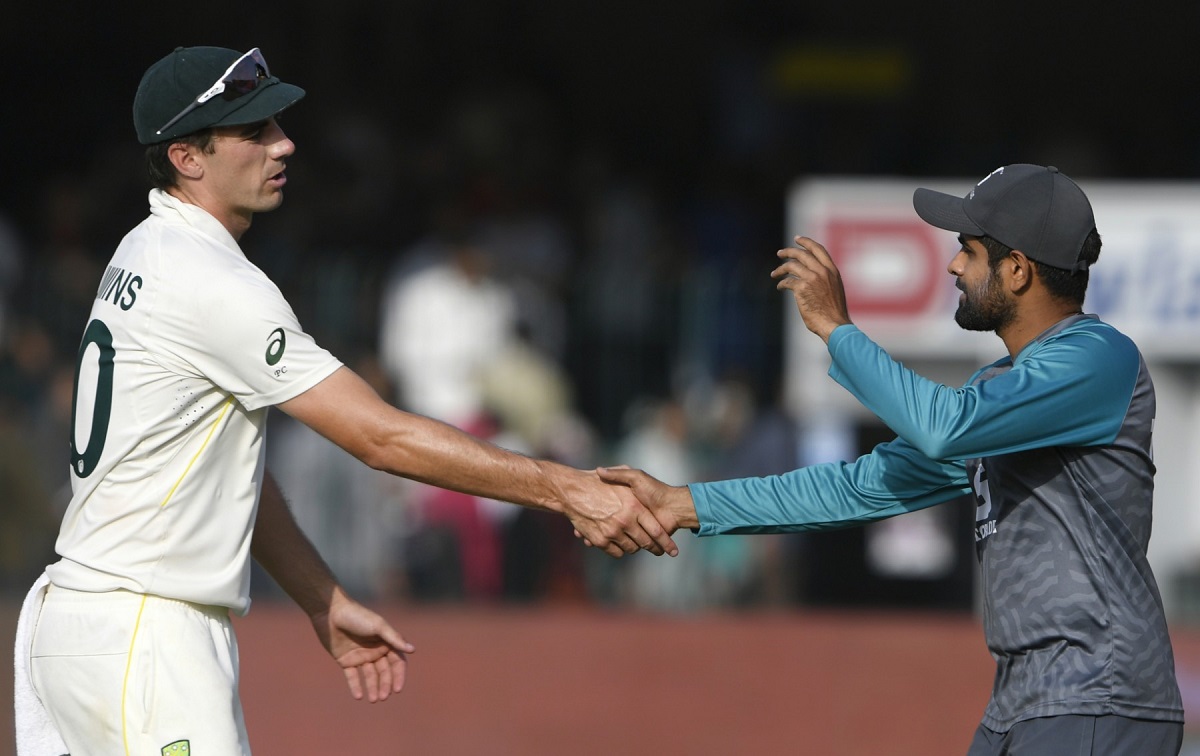 Cummins gets his name in the nominations after leading his team from the front in the 1-0 Test series win against Pakistan and was instrumental in their victory, taking a total of 12 wickets to be the leading wicket-taker in the Benaud-Qadir Trophy.

He was also named Player of the Match for his bowling figures of 5/56 and 3/23 in the final Test, helping Australia win the third Test in Lahore, as well as the three-match series.

Azam finds his name in the nominations on the back of being the third-highest run-scorer in the Benaud-Qadir Trophy. In his five outings in the Test series, he scored 390 runs at an average of 78, including two half-centuries and a century, which was the match-saving 196 in the second innings of the second Test at Karachi.

He continued his outstanding form in the ODI series at Lahore, playing vital knocks in the first two matches. In the first ODI, he notched up a score of 57 though Pakistan lost by 88 runs.

But Azam turned the tables by scoring a brilliant 118 to lead Pakistan to a thrilling six-wicket win in the second contest.

Far away from Pakistan, in the Caribbean, Brathwaite played a crucial hand in West Indies' recent Test series victory against England at home 1-0.

With 341 runs in six innings at an average of 85.25, Brathwaite was the leading run-scorer in the Richards-Botham Trophy.

He smashed two half-centuries in his six innings, from which a magnificent 160-run knock in the second Test at Barbados stood out. Subsequently, Braithwaite was named Player of the Series for being the outstanding performer with the bat.