Mystery spinner Varun Chakravarthy, who has received his maiden call-up for Team India, has stated it feels surreal to be picked in the T20I squad for the Australia tour, adding that he wasn't expecting it. 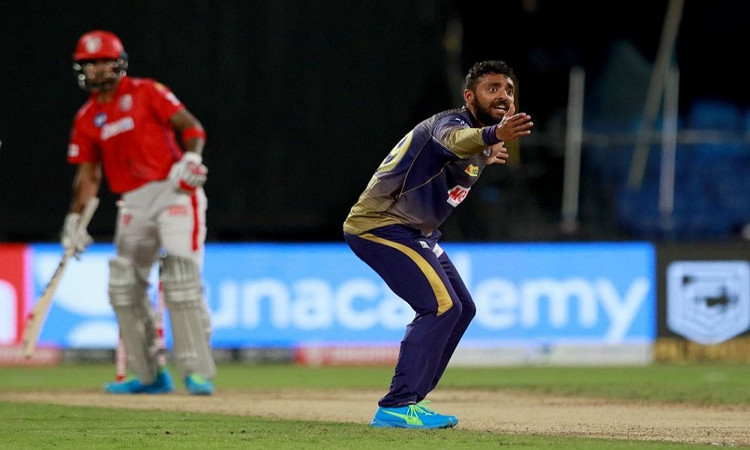 Chakravarthy was on Monday named in India's T20I squad for the upcoming three-match series against Australia following his impressive showing in the IPL 2020.

Also Read: Results Due To Positive Cricket And Belief To Turn Things Around: KXIP Captain Rahul

"It feels surreal to be picked for Australia T20Is. India call-up is definitely a big thing for me. I was really not expecting it," Chakravarthy said in an interview for bcci.tv.

The 29-year-old has picked up 13 wickets, including a five-wicket haul against Delhi Capitals, in 11 matches he has played so far for Kolkata Knight Riders in the IPL 2020 and has impressed one and all. He replaced Kuldeep Yadav as the fourth spinner in the 16-man India squad.

"My basic goal in this year's IPL was to play for the team regularly and contribute to the wins. Thankfully, I was able to do well till now, and hopefully, I will be able to perform for the Indian team as well," Chakravarthy said.

"I just want to thank all the selectors who kept faith on me," added the mystery spinner.