I made errors when I was young, Pant will learn: Kohli 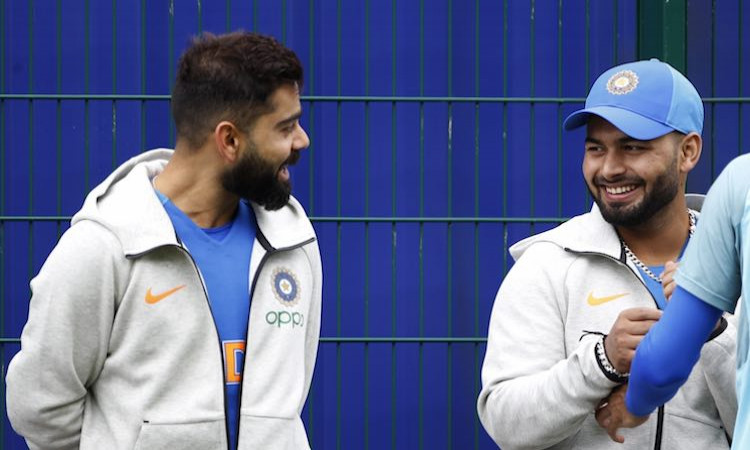 Manchester, July 11 - With the score at 24/4, Indias most talked about talent - Rishabh Pant, was joined by all-rounder Hardik Pandya as India looked to chase down New Zealands total of 239 at the Old Trafford on Wednesday to find a place in the final at Lords on July 14.

The two looked to be playing well till Pant decided to hit a slog sweep off Mitchell Santner only to caught in the deep by Colin de Grandhomme for a 56-ball 32.

The disappointment was writ large on the face of Virat Kohli as he looked at coach Ravi Shastri with shock. But when asked about the shot after India lost by 18 runs, Kohli played it down and hoped that Pant would learn from the mistake as he has the talent.

"He is an instinctive player and did well to overcome that situation and stitch a partnership with Hardik. I think the way they played after the loss of three wickets, four wickets rather, was quite commendable and in hindsight he's still young. I made many errors when I was young in my career and he too will learn. He will look back and think yes, he could have chosen a different option in that situation and he realises that already.

"I'm sure he will reflect on it and will come out stronger. The talent is there for everyone to see and the character is there. You make errors, you make decisions which are not right at that time and you have to accept it," Kohli said.

Asked to elaborate on the discussion he was seen having with Shastri in the dressing room, Kohli said: "I was discussing what happened and what's the plan going forward from that situation and what kind of information needs to be sent out there in the middle, so we can assess where the game needs to go. So, yeah, these were the events that happened exactly and the points will always come up, I'm ready for that."