I have been practising these shots, says Dinesh Karthik 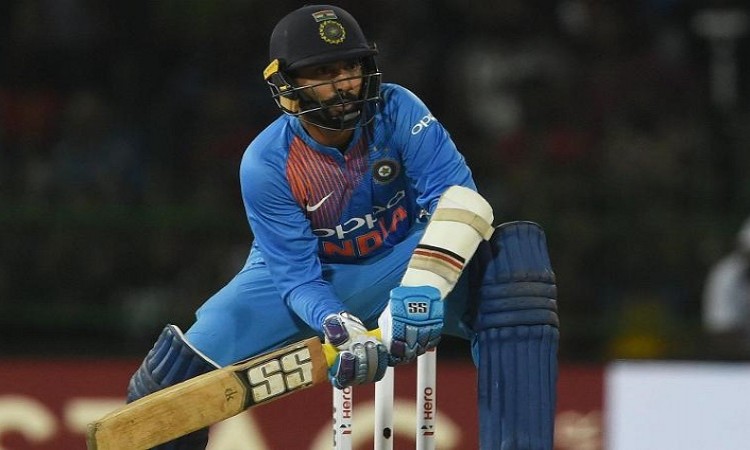 Colombo, March 19 (CRICKETNMORE):  Wicketkeeper-batsman Dinesh Karthik, who on Sunday, handed India a nail-biting four wicket victory over Bangladesh in the final of the Nidahas Trophy T20 tri-series with a six off the final ball, said he has been practising these types of shots.

Coming in the second last over with scoreboard reading 133/5, Karthik announced his arrival at the crease through two sixes and a four in first three balls which narrowed the gap between remaining balls and required runs.

The drama unfolded in the last over when India needed five runs in the last ball. Kathik slammed a flat six over extra cover to clinch the issue.

"I have been practising these shots - having a strong base and then hitting from there," Karthik said after the match.

"Happy to be where I'm and thanks to the support staff who have kept on supporting me for the last few months," he added.

Chasing 167, skipper Rohit Sharma (56) once again led from the front with his classy knock but failed to finish off the proceedings. Middle-order batsman Manish Pandey (28) played sensible innings but was dismissed when needed the most. Then came Karthik who took India to victory.

"Really happy to come out of this tournament. Wouldn't have done justice to the tournament had we not won with the bunch of young guys in the team," Karthik said.

Commenting on the match, Bangladesh skipper Shakib Al Hasan said: "It hurts but we can learn a lot from this too. All credit to DK (Dinesh Karthik). We can take a lot of positives from this game and someday we can come out victorious."