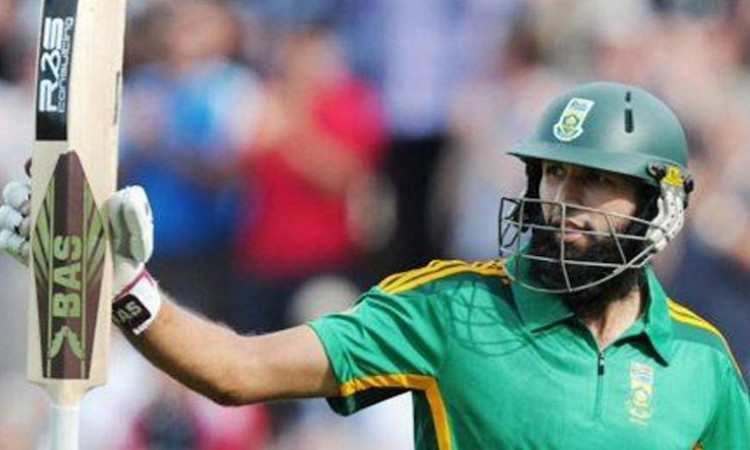 May 23 (CRICKETNMORE) - Hashim Amla boasts more than 18,000 international runs but Hashim Amla is hungry to prove he still has what it takes at his third ICC Men’s Cricket World Cup.

The South African batsman has been a mainstay of the Proteas’ set-up for more than a decade, with 55 international centuries to his name, but a loss of form put his place in Ottis Gibson’s squad in jeopardy on the eve of the tournament.

The right-hander missed the one-day series against Sri Lanka earlier this year, with Aiden Markram promoted to open the batting alongside vice-captain Quinton de Kock in a series the Proteas won 3-2.

Amla also missed out on the IPL and that break has refocused his mind and motivated him to sharpen his game in a bid to prove a point.

“Things happen that you don’t anticipate and I did not anticipate how things have gone recently,” he said.

“But I am a firm believer that when something happens, there is some good in it. I have had time away and now I am really looking back to wearing the green and gold again.

“I am hungrier than ever before, there is no doubt about that. I have been blessed to have this shirt for a while but the time off has made me want to come back stronger.

“This is my third [ICC Men’s Cricket World Cup] so I know what it is all about. I have a strong record in England and I have always enjoyed coming here.”

At 36, this is likely to be Amla’s last chance of lifting the ICC Men’s Cricket World Cup. His previous two appearances have ended in heartbreak at the hand of New Zealand – who beat them in the quarter-finals in 2011 and semi-finals four years later.

However, the attention on South Africa is less intense this year - with England the current top-ranked side.

The two teams will do battle in the opening game at The Oval and Amla believes their underdog status will suit South Africa.