South Africa may not have household names but they are still a good side and not 'rubbish' as people consider it, said their spinner Tabraiz Shamsi. 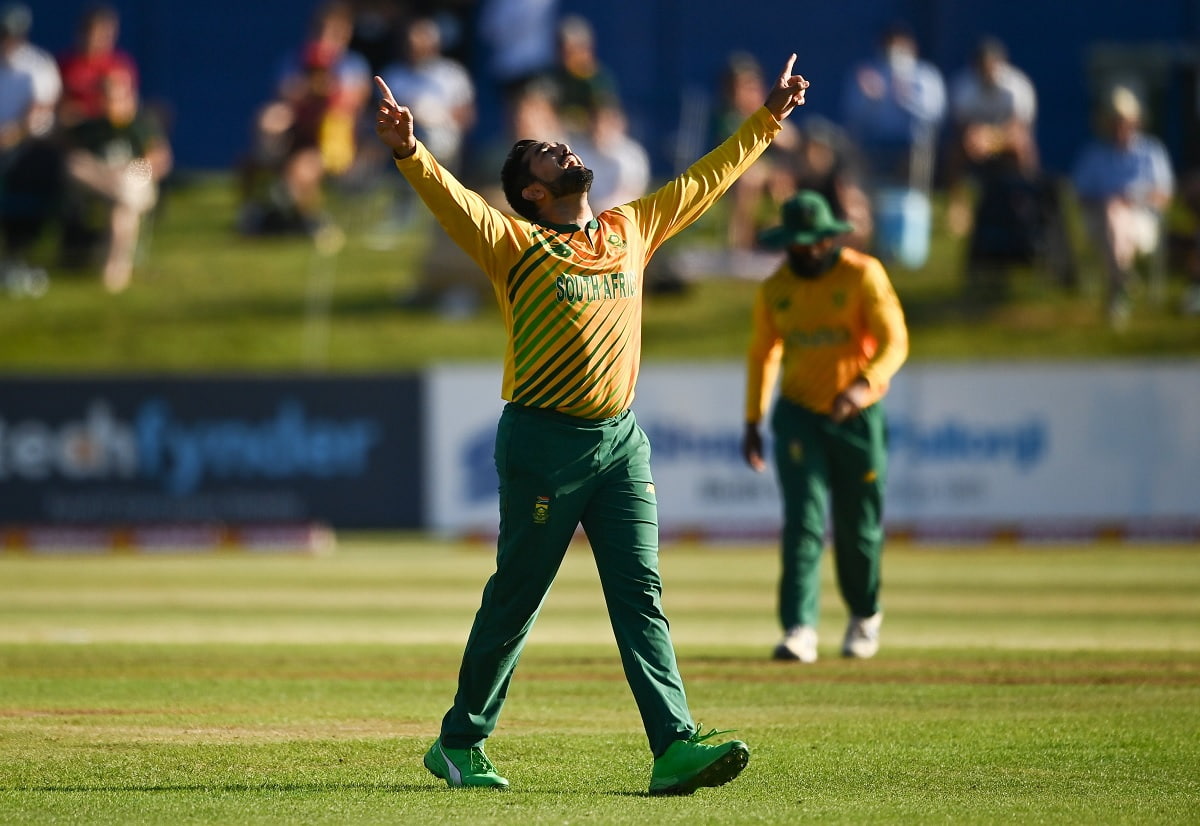 "We're on a run of consecutive series so I don't think this team is rubbish. I think we are quite good," said Shamsi after South Africa beat Sri Lanka in the second T20 International to clinch their third consecutive T20 series.

The Proteas beat Sri Lanka by nine wickets on Sunday.

"People speak about the great teams of the past. This team is on par with them. We might not have as many household names because we haven't played that much international cricket. It doesn't mean the players are not that good, just because they are not well known," added Shamsi.

One of the most remarkable things for South Africa is the number of overs of spin the team has bowled and still dominated the Sri Lankans. In the second T20I, the Proteas unleashed 14.1 overs of spin out of 18.1 they took to bowl the host side out for 103. They bowled as many as four spinners on Sunday night.

"We are bowling so many overs of spin because we have that many quality spinners. That's been very nice. Maybe in the past, when we got to spinning wickets, we had a reluctance in picking spinners so that's been a refreshing change. We are picking teams according to the conditions and we have the players to back it up. We have three quality spinners in the side, plus Aiden (Markram), and it means the captain can utilise me in different ways," said Shamsi further.

"I've realised my role is quite floaty. In the past I would be disappointed if I didn't pick up wickets. I've realised I don't always have to take wickets to influence the team. If people are playing me cautiously, I have the ability to bowl a cheaper spell," he said.